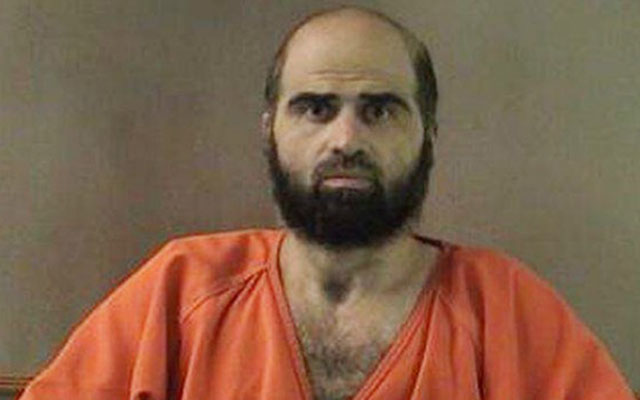 (CNN) — The Army psychiatrist who killed 13 people at Fort Hood has written a letter to the leader of ISIS, asking to become a citizen of the Islamic State’s caliphate, his attorney said Thursday.

“The letter states that Nadal Hasan wants to become a citizen of the Islamic State caliphate,” attorney John Galligan said. “He wrote it in the last few weeks.”

Described as a two page letter, it was addressed to Abu Bakr al-Baghdadi, the notorious leader of ISIS who declared himself the caliph — the religious ruler — over what he calls the Islamic State that he says stretches from western Syria to eastern Iraq.

“I formally and humbly request to be made a citizen of the Islamic State,” Hasan wrote in the letter, according to Fox News.

“It would be an honor for any believers to be an obedient citizen soldier to a people and its leader who don’t compromise the religion of All-Mighty Allah to get along with the disbelievers.”

Hasan is on the military’s death row at the U.S. Disciplinary Barracks at Fort Leavenworth, Kansas.

Hasan was sentenced to death by a military court for the November 5, 2009, rampage, which authorities said the American-born Muslim carried out because he did not want to deploy to Afghanistan to fight other Muslims.

Hasan was an Army major when he carried out the rampage at a deployment center, targeting unarmed soldiers who were preparing to deploy to Afghanistan or just returning. Thirty-two people were also injured in the attack.

His rampage was brought to an end when he was shot by two police officers. The shooting left him paralyzed.

During his trial, he offered no defense. At one point, he told the judge there was “adequate provocation” for the attack because the soldiers were going to participate in “an illegal war” in Afghanistan.