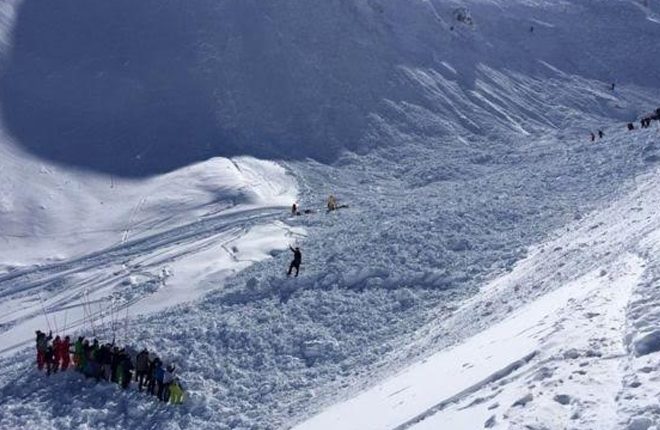 At least four people have died in an avalanche at the ski resort of Tignes in south-eastern France, rescuers say.

A group of nine was buried after the wall of snow swept through an off-piste area, police say, with the other five people still missing.