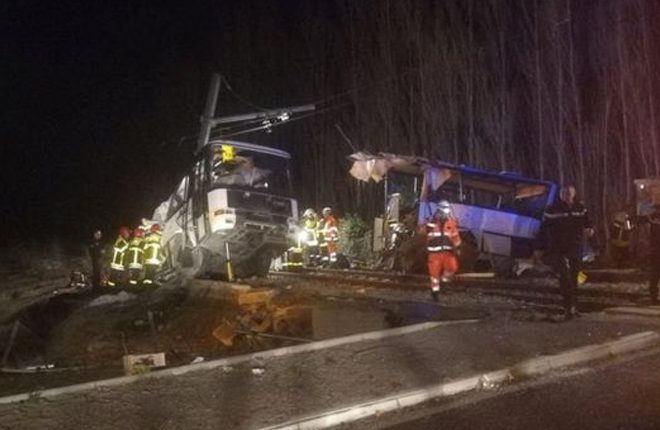 A train and a school bus have collided near Perpignan in southern France, leaving at least four children dead.

At least 18 people were injured, some of them critically, after the crash on a level crossing between Millas and Saint-Féliu-d’Amont.