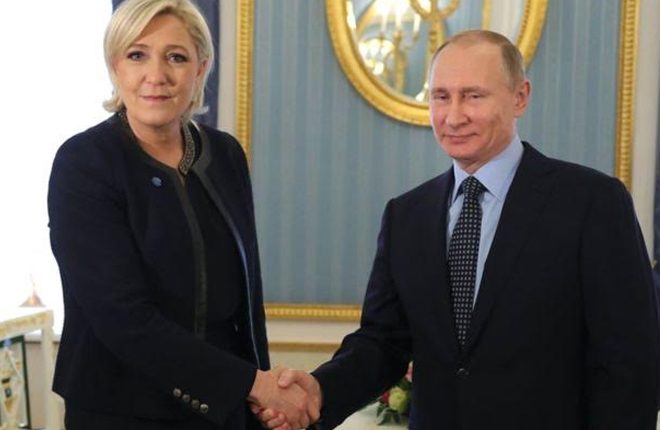 Mr Putin defended the meeting – a coup for Ms Le Pen – saying that he was not seeking to influence France’s election.