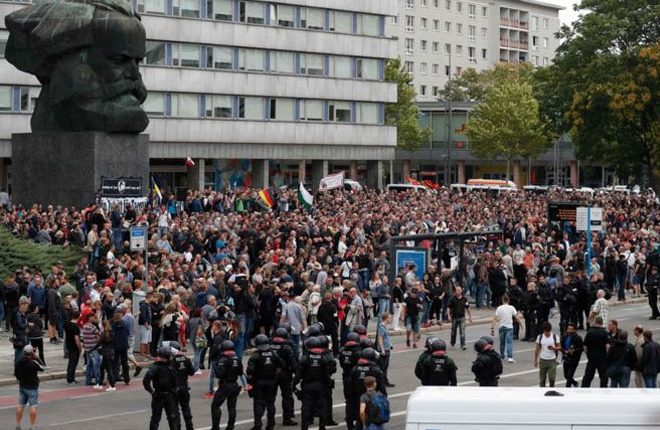 Extra police have been sent to Chemnitz in eastern Germany after hundreds of far-right protesters marched through the city centre and scuffles broke out.

A far-right football fan group called Kaotic Chemnitz called supporters on to the streets after a German man aged 35 was fatally wounded in a fight. Police said several foreigners were involved.