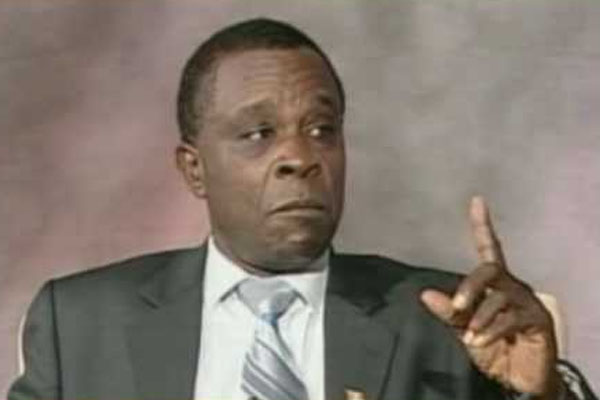 Bridgetown, Barbados (CMC) — Grenada’s Prime Minister Dr Keith Mitchell says he is prepared to act as a mediator in the ongoing pay dispute between West Indies players and their representative, the West Indies Players Association (WIPA) that led the one-day team to abandon their tour of India last week.

His comments come as West Indies Cricket Board directors prepare to meet here Tuesday in an emergency meeting, to assess the fall-out from the players’ unprecedented move.

“I don’t understand this one, I assume all the facts are not available, I can’t believe what appears to be on the surface issue is really the issue, there must be something more significant than this, otherwise…something is not right,” Prime Minister Mitchell told the Caribbean Media Corporation (CMC).

Mitchell, an ardent cricket fan, who once chaired the Caribbean Community (CARICOM) prime ministerial sub-committee on cricket, said the players are all aware of his passion for the game and would be prepared to do everything to ensure an amicable solution to the impasse.

“They (cricketers) know my passion for the game itself and how much I have shown interest in the players’ development and cricket as a whole and again as being prime minister, I have an interest in regional development,” he said.

“So on all sides of the equation I am deeply concerned interest, so anything I am asked to do with a clear understanding what the issues are, certainly I would not remove myself, but I would have to be clear on this and be asked by the parties involved to intervene in any serious way,” Mitchell said.

The WICB met in a hastily arranged teleconference last Friday hours following the players’ decision, and will now meet here to decide on the way forward, especially with the threat of multi-million dollar lawsuit hanging over its head.

Upset over WIPA’s refusal to renege on the recently signed Collective Bargaining Agreement (CBA) with the WICB, West Indies players walked out of the tour following the fourth One-Day International in Dharamsala last Friday.

They have claimed that the new agreement results in a drastic reduction in their earnings and have called for the resignation of WIPA president and chief executive, Wavell Hinds, as well as a return to the terms of the old CBA.

Mitchell described the action as a “big shock for himself and cricket loving people in the region.

“We thought that the team having left and knew what their business was about in making the region proud by their performance and playing to the best of their ability,” he said.

“We thought that is what we were going to see. I can’t understand when I heard there were difficulties with contracts. To me that should have been settled before they left and what’s why it has become a major shock.

“Clearly there is going to be a lot of reverberations from this. There must be contracts and signed arrangements that involve costs, and the image of the region and the image of our cricket team certainly will suffer.”

Mitchell said the latest crisis had the ability to adversely affect Caribbean economies, especially since regional governments had invested substantial amounts in constructing stadia and other facilities.

“We are investing in an enormous amount of scarce resource into building cricket stadiums, preparing facilities for sports…and to have decisions made by a party who are supposed to understand what the sacrifices the region, the governments and the people are making and (their action) is having a negative impact on economies of the region.”

He added: “What happens to the West Indies team, certainly have some correlation to what happens to cricket in the region by implications sports, and by implications development in the region, I am very concerned, because for example, Grenada is expecting to host next year a Test match against England, we don’t know what is going to happen from now.

“It is a bit frightening for the region, not just for sports, but for our people, our economies on a whole.”

Mitchell said while he had spoken to “some parties involved already” it was his understanding that the regional governments would be alerted to the situation formally following the meeting of the WICB in Barbados.

“We are certainly keeping our gingers crossed and waiting for this meeting on Tuesday, but we are very concerned. I have not spoken to any of the leaders, but I am pretty sure that every leader in the region is quite shocked by what transpired and this situation cannot be allowed to continue,” he stressed.

“It is certainly affecting the entire region and the economy of the region.