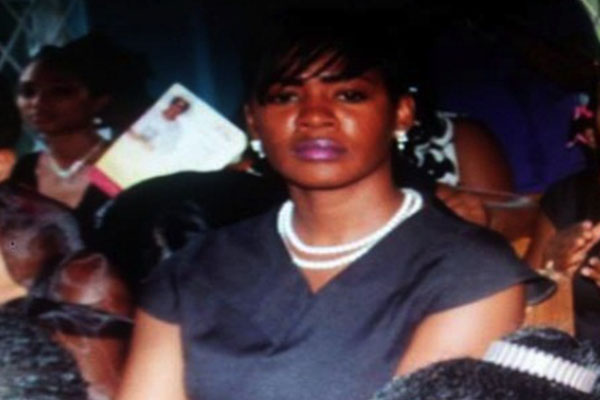 Gruesome murder of a helpful teacher

ST JAMES, Jamaica – Helping journalist  Huntley Medley prepare for his mother’s funeral some three weeks ago Simone Grossett wouldn’t have thought that her family would now be arranging her burial.

Allegedly stabbed to death by her common-law husband on Friday, May 2, 31-year-old Grossett was a teacher at the Cambridge Infant School in St James.

Reports reaching OBSERVER ONLINE are that Grossett was involved in a dispute with her common-law husband about 9:30 pm when a knife was brought into play and she was stabbed several times. It is further reported that lawmen were called to the location and saw Grossett’s body at the back of the house covered with banana leaves.

Her common-law husband has since been taken into police custody but his identity is being withheld pending further investigations.

Struck by Grossett’s tragic death Medley turned to Facebook to offer condolences to her family, friends and co-workers, one of which is his sister Andrea.

He recalled how just three weeks ago, the teacher, whom he met for the first time, offered to prepare a slide show of photos capturing some of the “glorious moments” he shared with his mother to be shown at her thanksgiving service.

Medley also shared a photograph of Grossett as she sat in the church during his mother’s funeral service.

“This is a monumental loss. My heart goes out to the Grosset family at this time,” he said.