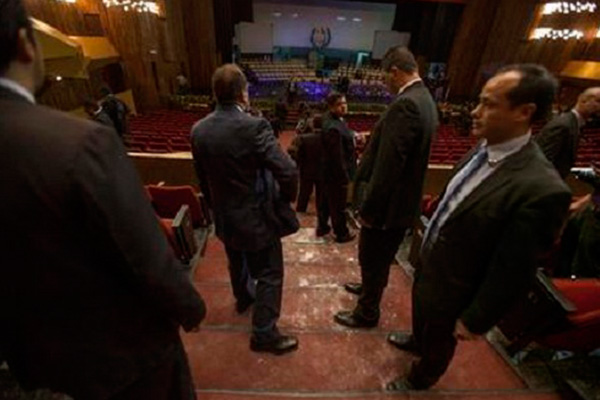 GUATEMALA CITY (AP) — Guatemalan authorities have detained two women who threw flour on vice president Roxana Baldetti’s face at the end of the president’s state of the nation speech.

Baldetti was about to leave the Teatro National on Tuesday when the women approached and attacked her. The vice president was taken out on a stretcher and driven to a hospital by ambulance after she said she was having difficulty breathing.

One of the women told reporters minutes before being arrested that she attacked Baldetti because “I have the right to express myself freely.”

President Otto Molina Perez said in his report that there have been advances in security and the fight against child malnutrition.

Outside the building about 30 people protested and police detained at least four of them.