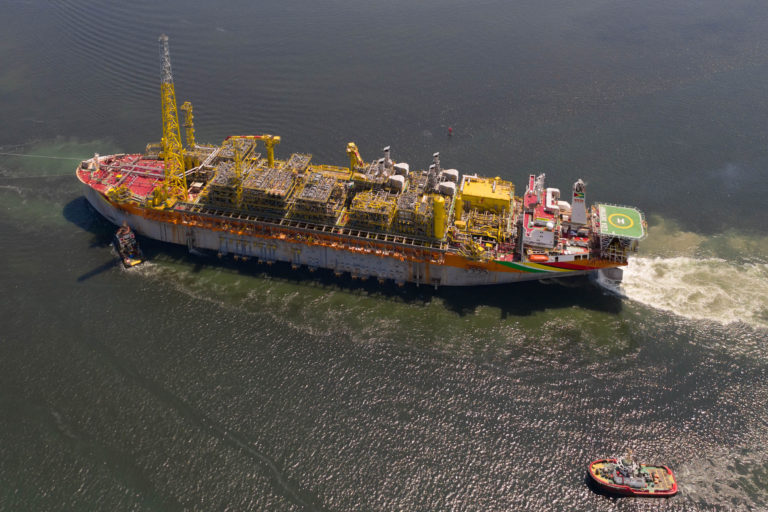 GEORGETOWN, Guyana, (CMC) – The Guyana government announced, on January 27, that the US-based oil giant, ExxonMobil, has made its 16th oil discovery, offshore Guyana.

Director in the Department of Energy, Dr. Mark Bynoe, said the new discovery was made, northeast of the producing Liza field at the Uaru well, on the Stabroek Block.

He said this new discovery, coupled with all other discoveries, brings the estimated resource for the Stabroek Block to more than eight billion oil-equivalent barrels.

“The Co-operative Republic of Guyana welcomes this new discovery, which follows, closely, on the heels of the start of oil production on December 20, 2019. All Guyanese should welcome this new discovery and should begin to appreciate that the nation is on the cusp of major economic transformation and sustained development.

“The Department of Energy remains committed to working with its partners and ecosystem of agencies, to ensure that the benefits from the sector, both direct and indirect, redound to every Guyanese,” Bynoe said.

“The petroleum sector is already stimulating increased employment and expanded services, and we are expecting a ramping up of these benefits during the Decade of Development (2020-2029), which is aimed at ensuring that the country’s petroleum resources are utilised to improve citizens’ quality of life and retaining greater value from the sector for Guyana and Guyanese,” Bynoe added.

The government statement said that additionally, by the second quarter of 2020, production from the Liza Phase 1 development will produce up to 120,000 barrels of oil, daily, utilizing the floating production storage and offloading vessel (FPSO), Liza Destiny.

“Under the Production Sharing Agreement (PSA) governing the Stabroek Block, the Government of the Cooperative Republic of Guyana will be receiving, at a minimum, two percent royalty on all oil produced in the Block, plus 12.5 percent profit oil. As the capital and operating costs are liquidated, Guyana’s share of profit oil will increase,” the statement said.

The Liza Unity FPSO, which will be employed for the second phase of Liza development and will have a production capacity of 220,000 barrels of oil per day, is under construction and expected to start production by mid-2022, the statement added.

Earlier this month, the UK-based company, Tullow Oil, announced that it had discovered a higher quality of crude oil, offshore Guyana, in the Carapa-1 well, within the Kanuku licence.

According to the company, while the well hit only four metres net oil pay, which was below pre-drill expectations, the discovery is in the Cretaceous play and is higher quality crude – rather than the heavy, sulphurous oil found last year in the Orinduik licence block.