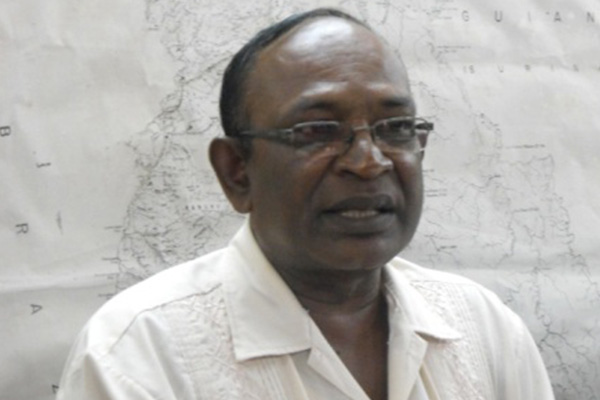 Georgetown, Guyana (CMC) — Outgoing Local Government and Regional Development Minister Ganga Persaud has denied media reports that he tendered his resignation from the Guyana government because of allegations of sexual misconduct.

“I wish to make it abundantly and unequivocally clear that I have had no sexual relations with any minor as is alleged or at all. Neither was such an allegation raised or discussed with me by His Excellency, President Donald Ramotar,” Persaud said in a statement.

When he announced his resignation earlier this month, Persaud said it was due to “personal issues presently engaging my attention as well as some additional responsibilities to which I am committed”.

But there have been various online news reports concerning the sexual misconduct allegations and Persaud in his statement said he had had become aware of  “reports circulating particularly in the social media which tend to suggest and in some instances allege, expressly or by implication, that I had sexual intercourse of some sort with a minor”.

Persaud, who demits office on January 31, said the allegations were seriously libellous and causing him and his family severe public humiliation, embarrassment and trauma.

“I hereby request that those circulating these false, malicious and libellous matters of and concerning me, cease forthwith.  I have instructed my lawyers to proceed with litigation against every person, entity or company who continue to publish, or repeat the publication of these baseless, malicious and libellous allegations,” the statement added.

Meanwhile, general secretary of the ruling People’s Progressive Party/Civic (PPP/C) Clement Rohee has told a news conference that Persaud was basically fired as a minister.

Rohee told reporters on Monday that while Persaud remains a member of the party’s central committee, the Donald Ramotar administration has severed ties with him as a minister of government.

“While his relation as a minister has been severed, his relation with the party remains intact, until he chooses otherwise,” Rohee added.