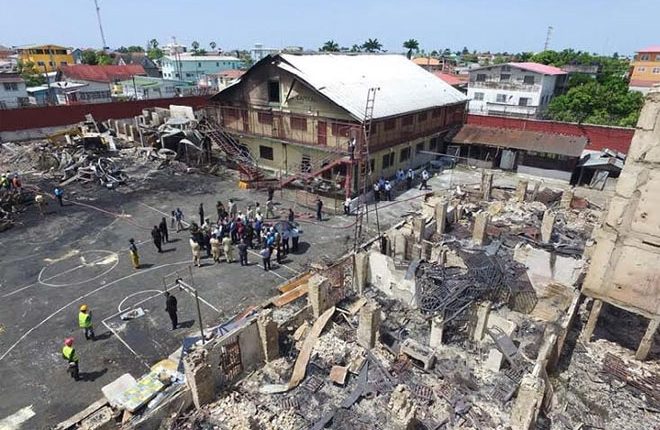 The number of inmates who escaped during Sunday evening’s fiery riot that resulted in Guyana’s main jail being practically destroyed and a prison officer dead, has risen to eight – but half of them have not yet been identified.

Mark Royden Durant, also known as Royden Williams – who is on death row for the Bartica and Lusignan massacres; Uree Varswyck, whose alias is Malcolm Gordon Williams, and was committed to stand trial for the 2014 murder of a security guard; Stafrei Hopkinson Alexander, charged with the 2015 murder of a businesswoman; and Sherwin Nero, alias Sherwin Moses, all made good their escape from the Camp Street prison in Georgetown during the riot.