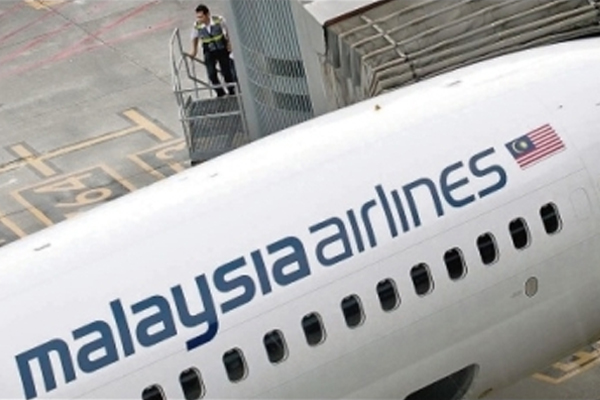 Kuala Lumpur, Malaysia (AFP) — The website of Malaysia Airlines was commandeered for several hours on Monday by hackers who referenced the Islamic State jihadists and threatened to expose data taken from the carrier’s servers.

The attack, whose motivation remained unclear, was claimed by the “Lizard Squad”, a group that has taken credit previously for denial-of-service attacks around the world.

It was not clear why the troubled airline was targeted, but the Lizard Squad said on its Twitter feed that it was “Going to dump some loot found on malaysiaairlines.com servers soon.”

Visitors to the website were re-directed to another page bearing an image of a tuxedo-wearing lizard and reading “Hacked by LIZARD SQUAD — OFFICIAL CYBER CALIPHATE”.

It also carried the headline “404 – Plane Not Found”, an apparent reference to the airlines’ puzzling loss of flight MH370 last year with 239 people aboard which tipped the already struggling carrier into crisis.

Media reports said versions of the website takeover in some regions included the wording “ISIS will prevail”.

Normal access to the site appeared to be restored later Monday, but it marked another bout of bad press for the beleaguered national carrier.

The unexplained loss of MH370 and the airline’s poor handling of the crisis severely damaged public confidence in the carrier, sending business into a tailspin.

It has since been taken over by a Malaysian government investment fund seeking to rescue the company.

A few hours before the website was restored, Malaysia Airlines had released a statement confirming its Internet domain name had been compromised, re-directing users to the dummy page.

“At this stage, Malaysia Airlines’ web servers are intact,” it said.

“Malaysia Airlines assures customers and clients that its website was not hacked and this temporary glitch does not affect their bookings and that user data remains secured,” it said.

However, the hackers disputed that, releasing on Twitter what appeared to be a screen grab of some airline data including reservations.

“We would like to point out that (Malaysia Airlines) is lying about user data not being compromised,” it said, giving no further information.

The Lizard Squad is a group of hackers that has caused havoc in the online world before, taking credit for attacks that took down the Sony PlayStation Network and Microsoft’s Xbox Live network last month.

The extent of any links with the Islamic State, however, are not known.

The jihadist group has seized large swathes of Syria and Iraq in a brutal campaign and declared an independent Islamic “caliphate”. It also has used social media in recruiting and spreading its message.

The IS group has prompted world revulsion with its video-taped executions of journalists and other foreigners it has captured.

On Sunday, it claimed to have beheaded a Japanese security contractor. A second Japanese captive has also been threatened with execution.

Concerns over IS have spiked in Malaysia after scores of its citizens were lured to the Syrian jihad.

Malaysian authorities last week said they have detained 120 people suspected of having IS sympathies or planning to travel to Syria.