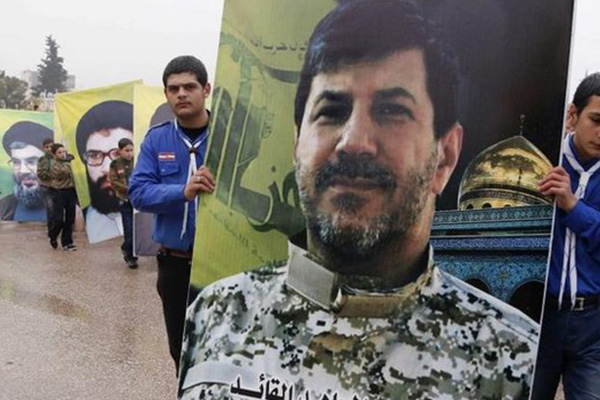 (BBC)—Crowds of mourners in the Lebanese town of Baalbek have turned out for the funeral of Hassan Lakkis, a commander in the Shia militant group Hezbollah.

Lakkis was shot in the head at close range at about midnight on Tuesday outside his home in a town near Beirut.

Hezbollah blamed Israel for his death but Israel has denied the accusation.

Little is known publicly about Lakkis, but he was reputedly close to Hezbollah leader Hassan Nasrallah and an expert in weapons manufacturing.

He was buried in his home town of Baalbek, a Hezbollah stronghold in eastern Lebanon, on Wednesday.

Lakkis was killed a day after Hassan Nasrallah said Saudi Arabia was behind last month’s bombings outside the Iranian embassy in Beirut.

Iran is a major backer of Hezbollah, which has sent fighters to Syria to back the government of President Bashar al-Assad.

Mr Assad comes from the Alawite sect, a heterodox offshoot of Shia Islam.

Saudi Arabia is Sunni Muslim and has been supporting some of the rebels in Syria.

Hezbollah fighters have been instrumental in helping Syrian government forces cut off supply lines to the rebels and regain control of key places like the border town of Qusair and the Khalidiya district in the city of Homs.

Israel, which fought a 34-day war with Hezbollah in 2006, denied any involvement.

The Israelis normally say nothing at all when they do carry out such actions, says the BBC’s Jim Muir in Beirut.

Instead, they suggested it was the work of Sunni militants taking revenge for Hezbollah’s involvement in Syria.

Two previously unheard-of groups said they carried out the attack.

But our correspondent says their involvement is unconfirmed, and the identity of the attackers remains a mystery, for the time being at least.