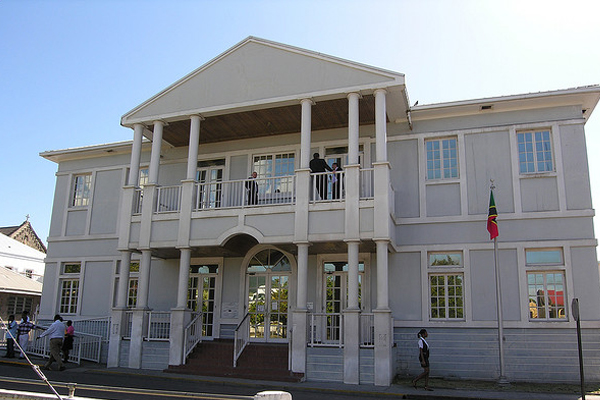 The Court case was filed by the St. Kitts-Nevis Labour Party to the High Court on May 27, 2020 through its representatives the Hon. Konris Maynard, the Hon. Marcella Liburd and the Rt. Hon. Dr. Denzil Douglas against the Attorney General and ZIZ Broadcasting Corporation (ZBC).

In their claim, the SKNLP declared that the State of Emergency Resolutions published by the Government on 18th April and 13th May 2020 were “unconstitutional, null, void and of no effect”

Additionally, the SKNLP asked the Court to declare that the COVID-19 Emergency Regulations published by the Government on 8th May were unlawful, disproportionately restrictive, and discriminatory against the St. Kitts-Nevis Labour Party and its supporters. Court documents also accused the police of suppressing the members of the opposition during a period of political campaigning pre-election.

However, in his statement, Attorney General, Hon. Vincent Byron Jr spoke of the court’s ruling with regards to the current state of Emergency. He advised that the His Lordship, Mr. Justice Trevor Warde QC not only dismissed the Opposition’s claims about the State of Emergency being “unconstitutional, null, void and of no effect”, but also ruled that the resolution will remain in place until the end of the 6 month period.

“The effect of the ruling this morning Mr. Speaker, is that the State of Emergency has been and remains in place. As regards to the implementation of the Emergency regulations, the Judge found that the police took an even handed approach to the implementation of the Emergency Regulations. He found that the evidence put forward did not establish discrimination on the part of the police against the claimants”, Byron stated.

The Attorney General reminded that Sunday October 18 is the expiration of the 6 months State Of Emergency currently in place and noted that the borders will however be reopened on Saturday October 31 2020.

However ahead of the June 2020 General Election, ZIZ did in fact provide equal, free and paid airtime to all candidates and all political parties.

Attorney General Byron said with regards to the court’s ruling on that, the judge stated that the equal access policy put forward by the state owned media was late in implementation and should have been in effect as of the dissolution of parliament on 12th May 2020.

Justice Trevor Warde QC also dismissed the claims for damages and costs by the Opposition’s legal representation and ruled that each party must pay their own costs.