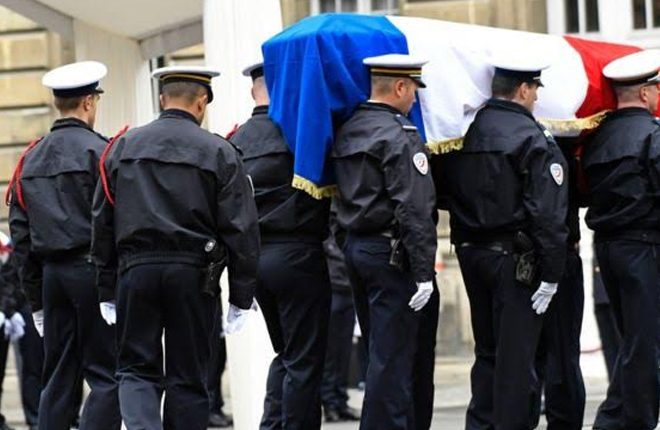 Hollande calls for unity at tribute to slain officer Jugelé

French President François Hollande has used a ceremony to honour a police officer slain in Paris last week to call for unity in the “long and difficult fight against terrorism”.

He awarded Xavier Jugelé, 37, the Legion of Honour, one of France’s highest honours.