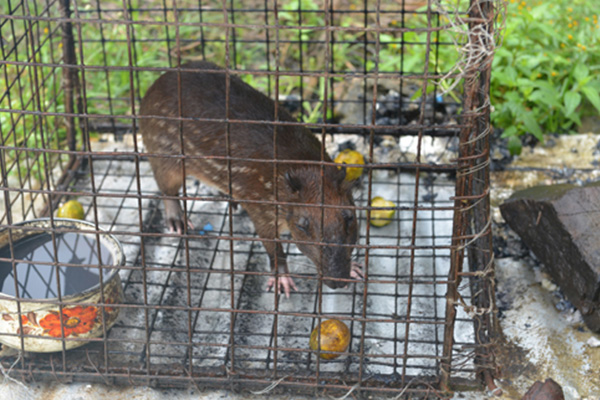 PORT-OF-SPAIN, Trinidad (AP) — For decades, the baying of hounds and a cacophony of shotgun blasts echoed across the hinterlands of northern Trinidad, where hunters chased deer, armadillo and agouti, a cat-sized rodent.

But since October, the lands have largely fallen silent, leaving the country’s 13,000 licensed hunters fuming and their 26,000 trained hounds idle. Trinidad and Tobago’s government, at least on paper, has temporarily transformed the Caribbean nation into a no-trapping, no-hunting zone to give overexploited game animals some breathing room and to conduct wildlife surveys.

Conservationists have long argued that the wide-ranging freedoms enjoyed by hunters have depleted the population of wildlife in the twin-island republic, which is home to more than 100 mammals and is internationally famed as a bird-watcher’s paradise.

Licensed hunters never had bag limits, except for birds, and a flourishing market for “wild meat” for parties meant that almost anything that ran or flew wild was targeted. Even the protected national bird, the scarlet ibis, could end up in a curry sauce.

“Hunting here really serves no useful purpose and is really quite ridiculous. I mean, you have six Trinidadians and 15 dogs to hunt down a small animal like agouti! It’s not exactly big game hunting in East Africa,” said Christopher Starr, a life sciences faculty member at Trinidad’s University of the West Indies.

But close-to-the-land hunters are fighting to overturn the two-year ban that took effect Oct. 1, and a high court ruling could be handed down in February. They also vow to make the government pay during national elections due next year, passing out bumper stickers that read: “No hunting, no vote.”

They say the practice of hunting with dogs is a key form of wildlife culling that binds together rural society. They insist it’s also a source of income that creates thousands of jobs.

Hunting with dogs here is a far earthier pursuit than in Britain, where scarlet-and-black jacketed riders chased foxes with packs of dogs until the sport was banned in 2004. Most hunters in Trinidad transport their packs of hounds and mongrels in scarred pickups and rattling vans. Subsistence hunters often never bothered with getting a state game license, even though it costs just over $3.

Hunters insist the ban benefits poachers, timber thieves and marijuana growers who they say are taking over remote hillsides and brazenly setting up “trap guns,” crude devices fashioned from steel pipe that can fire shotgun cartridges to kill animals or frighten intruders.

“I tell you, the poachers can hunt day and night now and the marijuana farmers are setting up trap guns wherever they want. But the sports hunters, we’re the ones made into outlaws,” said Shackeer Mohammed, an 86-year-old deer hunter who leads a hunting association in central Trinidad.

Buddie Miller, Trinidad’s most vocal hunting advocate, argues there is no credible evidence that any of the country’s game species are in a state of decline. He insists wild animals such as deer and agouti are flourishing despite habitat loss.

But data from forms submitted by licensed hunters show a high number of bagged animals for a Delaware-sized country of just 1.4 million people. More than 65,000 agoutis were caught over the last three hunting seasons, along with 6,385 deer, 13,092 armadillos and 10,161 lappes, raccoon-sized rodents whose meat goes for $19 a pound.

Environment and Water Resources Minister Ganga Singh, the architect of the ban, said the moratorium is allowing a much-needed survey of existing wildlife and natural resources, and he believes there is a cultural shift toward wildlife conservation.

Singh told The Associated Press that moratorium enforcement officers have been “vigorously patrolling the forests” and said callers have been using a hotline to report suspicious activity.

However, there are just over a dozen official game wardens in Trinidad, along with about 180 honorary wardens, who are basically volunteers. Hunters allege that police are often the biggest poachers, with some stations regularly hosting end-of-the-week cookouts with freshly caught howler monkey or wild hog.