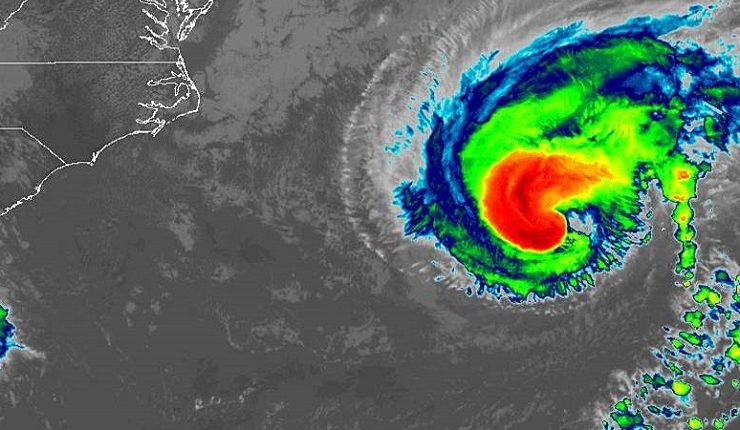 HAMILTON, Bermuda, Wednesday September 18, 2019 – Hurricane force winds are expected to reach Bermuda this evening, as a larger and stronger Humberto moves closer to the island.

The impending hurricane, at Category 3 strength with maximum sustained winds now near 120 miles per hour, has forced the closure of government offices and schools and cancellation of evening flights at the airport.

In its 11 a.m. advisory, the National Hurricane Centre (NHC) said Hurricane Humberto was located 195 miles west of the island, and was moving towards the east northeast at 16 miles per hour.

“Some fluctuations in intensity are likely during the next day or so, but Humberto should remain a powerful hurricane through early Thursday while it passes close to Bermuda.  A steady weakening trend should begin later on Thursday,” the NHC said.

The NHC said a prolonged period of dangerous winds is expected on Bermuda from late this afternoon through tomorrow morning, with hurricane-force winds expected overnight tonight.

It added that storm surge and dangerous breaking waves could cause coastal flooding tonight and tomorrow along the southern coast of Bermuda.