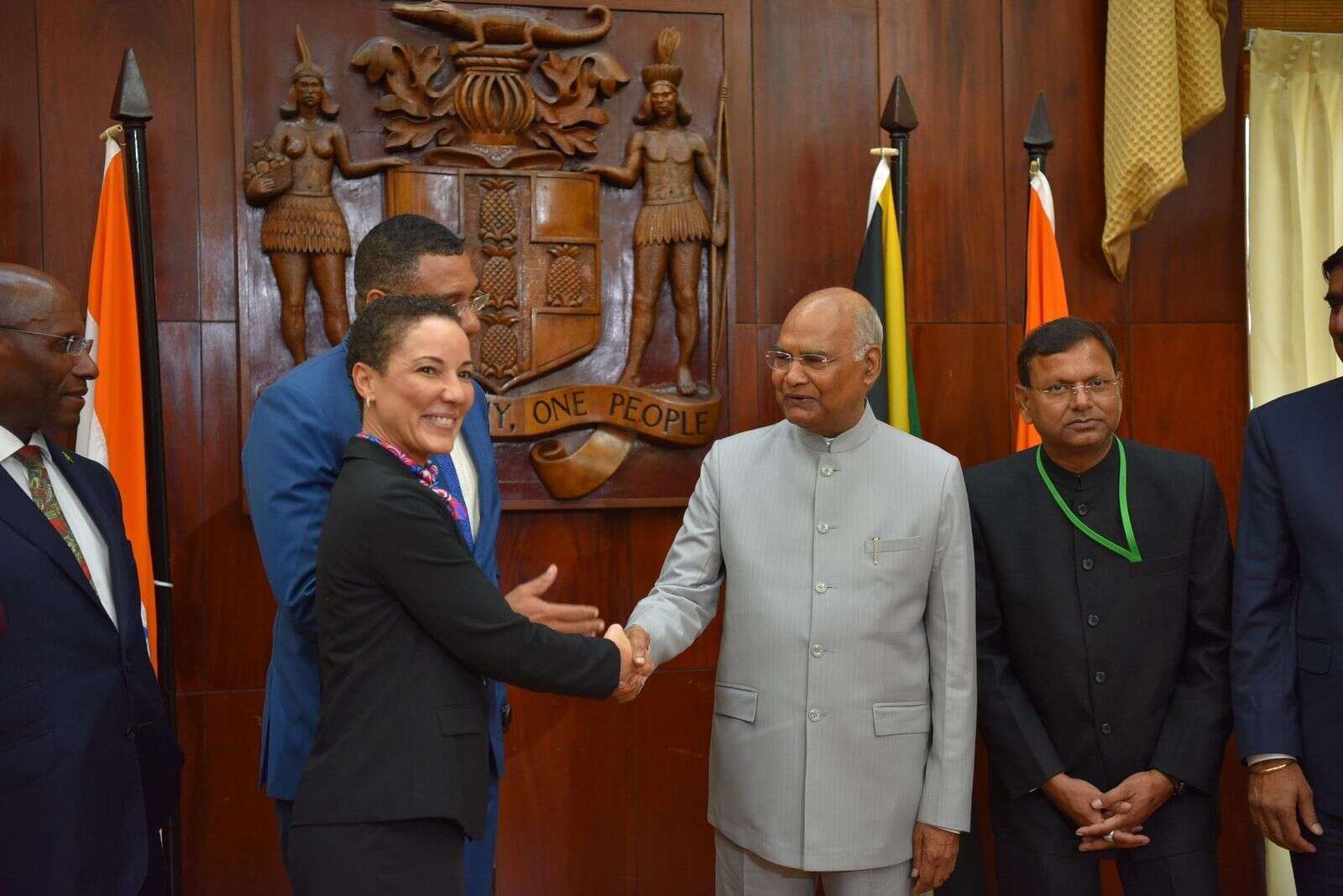 Kingston, Jamaica, May 24 2022, (Jamaica Observer) — India has joined several other countries in rallying behind Jamaica’s Foreign Affairs Minister Senator Kamina Johnson Smith in her campaign for the post of Secretary-General of the Commonwealth.

In a letter addressed to Johnson Smith, the Indian Minister of External Affairs, Dr S Jaishankar, expressed his Government’s assurance that her “excellent credentials and impeccable track record can offer the right leadership to the Commonwealth at this important juncture”.

Dr Jaishankar further expressed the desire for collaboration to “ensure that the Commonwealth’s relevance and priorities are effectively met”.

India’s endorsement follows the historical state visit of the President of India, His Excellency Shri Ram Nath Kovind, the first to Jamaica by an Indian Head of State. The state visit coincides with Jamaica’s and India’s celebration of sixty and seventy-five years of independence respectively, as well as the sixtieth anniversary of the establishment of diplomatic relations between the two countries.

In welcoming the endorsement, Johnson Smith said she shares the intent expressed by Dr Jaishankar to strengthen the excellent coordination between the two countries on a wide range of issues of mutual interest in the multilateral fora and affirmed that she also looks forward to “engaging in robust multilateral co-operation, including within the family of connected and committed Commonwealth nations”.

India joins the United Kingdom and Trinidad and Tobago, who, days before, announced their support for Johnson Smith.

Commonwealth leaders will gather for the June 20-25 Commonwealth Heads of Government meeting in Rwanda this year where a consensus vote will be taken.

Johnson Smith formally launched Jamaica’s candidature for secretary-general of the Commonwealth in London, the United Kingdom in April of this year.