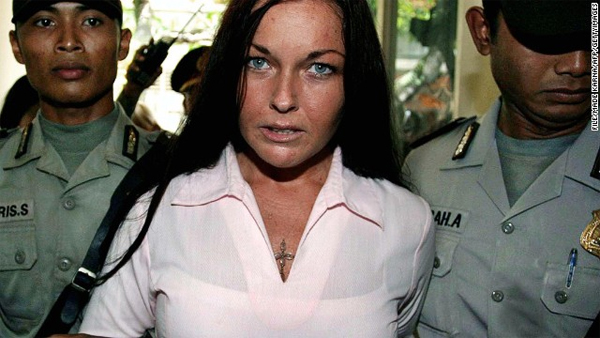 Indonesian Justice Minister Amir Syamsuddin announced the decision at a news conference in Jakarta, the Indonesian capital, saying Corby’s parole review was one of more than 1,000 that had been completed.

It was unclear when she will be released from the Bali prison where she has been serving her lengthy sentence.

Corby, 36, was convicted in May 2005 for smuggling nine pounds (4.1 kilograms) of marijuana in a bag, while arriving at Bali’s Denpasar International Airport the previous October.

She has always maintained her innocence. Her lawyers argued the drugs were planted, possibly by airport employees involved in trafficking.

But the court found her guilty and sentenced her to 20 years in prison.

The punishment fueled anger in Australia, where many people said they felt Corby had been set up.

After exhausting the appeals process, Corby applied for clemency. A medical exam diagnosed her as suffering from acute depression with psychotic symptoms.

In 2012, Indonesia reduced her sentence by five years, laying the foundation for her parole application.

Corby appears unlikely to return to Australia anytime soon, though. Australian media have reported that she will have to remain in Bali on parole until 2017.

Some Indonesians have accused the authorities of giving Corby’s case special attention. But the justice ministry says she’s being treated the same way as other convicts in Indonesia.