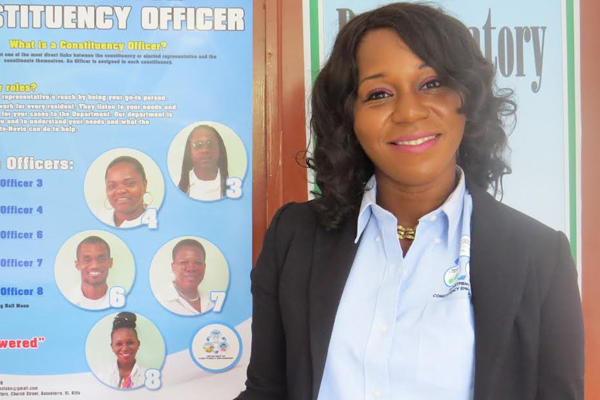 Initiative Launched for Youth in #8

Basseterre, St Kitts — A new initiative targeting the young people of Constituency #8 will be launched on Thursday 11th December, 2014.

The Young Empowered and Progressive initiative or Y.E.P! seeks to be a session of information and confidence-building that will encourage the youth towards becoming empowered and progressive.

Sponsored through the Department of Constituency Empowerment, coordinators will engage the youth of St Christopher number eight, ranging from a portion of Ottleys to St Peters.

Local singing sensations including Shakki Star Fire, Infamus and a Special Guest performer from Conaree will headline the evening’s proceedings, under the umbrella of young persons who have used their talents to become successful outside of St Kitts-Nevis.

Jacinth Smithen who goes by the stage name Shakki expressed her delight in being involved in the event.

“I am very happy with this because it will encourage youth to go out and do something for themselves, find a talent that they may have and use it to make business out of. A lot of people out there are into singing, so it’s good to show them that, yes, you can sing and make money in a positive way, you don’t have to [turn to] violence.”

Smithen who says she will be bringing a different style of music for the most part of her performance said she is also very proud and will help in any way that she can.

“In the little way that I can, which is with my voice, I hope that I do make a difference to some and they go out and do what they enjoy doing and they make money from it and build themselves from there, in a positive way.”

Coordinator for the event, Larissa Chiverton, who is also the Constituency Officer for St Christopher 8 said Y.E.P! is a time for the youth of Constituency 8 to be informed about what is available in the country as well as the progress the country has made.

“Definitely Y.E.P! is supposed to be about the feeling of positivity, about being empowered, moving forward and just doing things as a young generation and being successful with their endeavours. People will be talking about their experiences, they are going to share their stories about how they became empowered and tried to motivate and encourage the attendees to want to get involved, empowered and progressive and want to be successful in what they want to achieve.”

Y.E.P! will be launched on Thursday December 11, at 7pm at the intersection between the Conaree Community Center and the island’s main road.