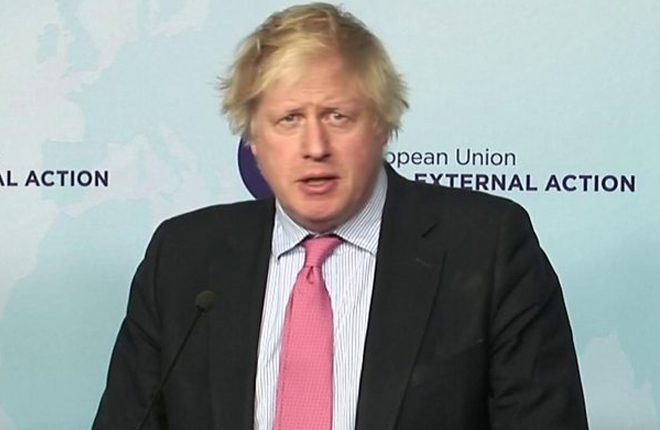 UK Foreign Secretary Boris Johnson has challenged the US to show there is a better alternative to the deal with Iran that limits its nuclear programme.

Following talks in Brussels with his Iranian and European counterparts, he said the 2015 accord was a considerable accomplishment that was preventing Iran acquiring nuclear weapons.