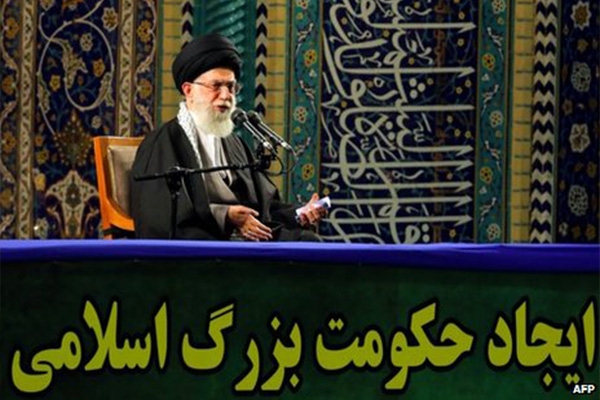 Iran nuclear talks: Tehran ‘will not step back one iota’

(BBC)—Iran’s Supreme Leader has warned his country will not step back “one iota” from its nuclear rights, as it resumes talks with world powers in Geneva.

Ayatollah Ali Khamenei said he would not intervene directly in the negotiations, but that he had set “red lines” for Iran’s representatives.

President Barack Obama meanwhile urged US senators not to impose new sanctions on Iran to allow time for diplomacy.

He was unsure if it would be possible to reach an interim agreement soon.

“We don’t know if we’ll be able to close a deal with Iran this week or next week,” he told a Wall Street Journal (WSJ) forum in Washington on Tuesday.

Iran stresses that its nuclear programme is for peaceful purposes only, but world powers suspect it is seeking to develop nuclear weapons.