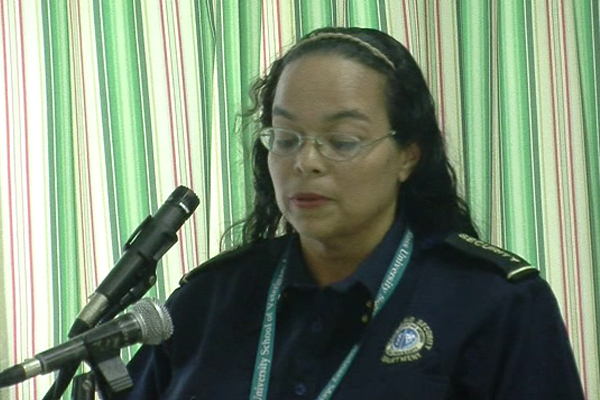 (ZIZ News) — The Royal St. Christopher and Nevis Police Force is expected to benefit significantly from the addition of 25 new Island Constables.

“I strongly urge every security firm to delegate one or more persons to send out to this Island Constables course as this just might be the catalyst that is needed to stamp out the high rate of crime as well as a stepping stone to law enforcement. We as Island Constables have a duty to be responsible to our fellow men by being our brothers keeper, by ensuring the safety of all those around us and taking our duties very seriously in assisting the law officers,” she said.

Carlisle said while the training was challenging, it was definitely worth it.

“The course was indeed intense yet manageable, covering a wide range of law enforcement topics. There were so many surprises, as things that I may not have given thought to that could be known as breaking the law…like if a police approach a person who may be among other persons, and was told that he was being arrested and the other persons present were to discourage that person from going with the police voluntarily, that these other persons can also be arrested for obstruction,” she explained.

Security Officer at the St. Christopher Air and Sea Ports Authority (SCASPA), Vernon Henry said being a part of the Island Constables programme is his way of serving his country.

Under the Island Constable Act of 2009, the graduates will have all the powers, privileges of full time police officers. They are also entitled to all the immunities conferred by any law or the police act.