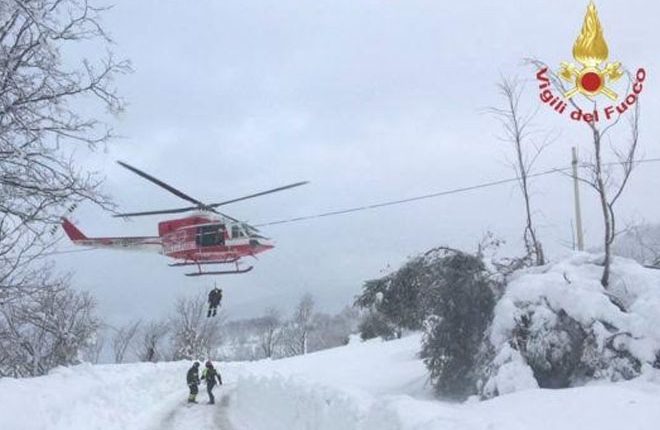 Italy avalanche: ‘Many missing’ in Rigopiano hotel in Abruzzo

Rescuers say up to 30 people are missing after a hotel in central Italy was hit by an avalanche, apparently triggered by an earthquake.

Rescuers battled overnight to reach the Rigopiano hotel, with the first of them arriving on skis. Snow dislodged by the avalanche had blocked the roads in.