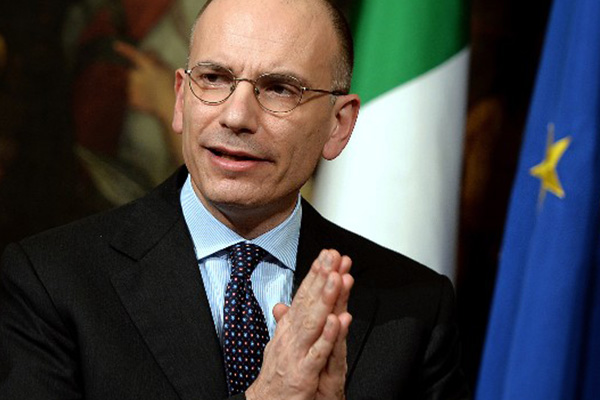 Rome (CNN) — Italian Prime Minister Enrico Letta resigned Friday after less than a year in office, according to a statement released by the Italian presidential palace.

The country’s President, Giorgio Napolitano, has accepted the resignation, the statement reads.

Letta, of the center-left Democratic Party, announced Thursday that he would be standing down, plunging the country into fresh political uncertainty.

He’s likely to be replaced by Democratic Party leader Matteo Renzi, a rising political star who won the party’s primary a couple of months ago.

Letta’s decision followed a Democratic Party meeting at which Renzi said a change of government was needed, in order to bring about reforms and stay in power through 2018.

The party then officially asked Letta to recognize the need to start a new phase, implying that he should resign.

There has been growing disillusionment with Letta in the past couple of months, with many feeling that reforms are moving too slowly and that he is failing to act decisively.

Renzi probably will be asked to form a government by Napolitano but it’s not yet clear whether he will be easily able to do so.

He has alienated many people on the left in his party but, as a perhaps more centrist leader, he has been able to pick up some disgruntled supporters of former Prime Minister Silvio Berlusconi.

Letta was sworn in last April at the head of a coalition government, formed after about three months of uncertainty following inconclusive elections.

Italy, the third largest economy in the eurozone, has had more than its share of political turmoil over recent years.

The last election to produce a leader was in 2008, when Berlusconi became Prime Minister for a third time. Since then, all the country’s leaders have been appointed.

Berlusconi, a billionaire tycoon who has dominated Italian politics for two decades, was the last elected leader. He resigned in late 2011 after coming under pressure for Italy’s economic woes.

Berlusconi was subsequently expelled from parliament after his conviction for tax fraud and can no longer run for office.