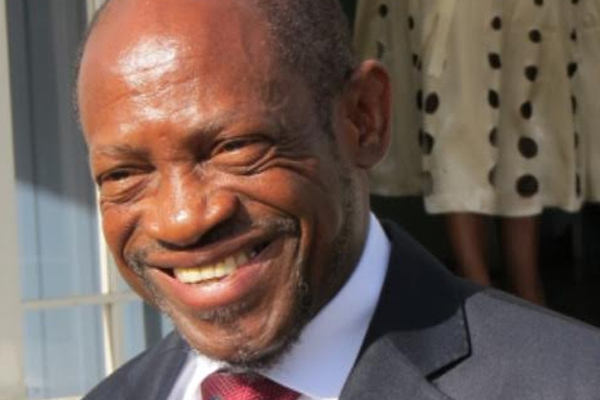 Basseterre, St. Kitts (CUOPM) — After years of trying, spanned over two St. Kitts-Nevis Labour Party Administrations and two separate Constituency Boundaries Commissions, the electoral boundaries of the Federal of St. Kitts and Nevis are now in compliance with the Federation’s Constitution.

Prime Minister the Right Hon. Dr. Denzil L. Douglas on Thursday welcomed the ruling of the Eastern Caribbean Appeal Court in confirming an earlier decision of the High Court to remove an interim injunction granted to the opposition members in the National Assembly.

Reaction by Prime Minister Douglas to the Court of Appeal’s decision to discharge an injunction which now allows for the February 16 General Elections in St. Kitts and Nevis to be held on the new Electoral Boundaries that came into effect on January 16th when Parliament was dissolved:

“I am very, very, joyful, I should say. I’m very pleased that the Appeal Court has upheld the lifting of the injunction that was imposed as part of the attempt to hear an appeal against Her Ladyship’s decision a few days ago. I want to also say that it is obvious that there has been quite a bit of care and caution which the National Assembly had spearheaded in the work of the Electoral [Constituency] Boundaries Commission from its very initial status to its passing into law and this of course has been validated,” said Dr. Douglas in a statement by telephone from his Constituency Office in his hometown of St. Paul’s as hundreds of supporters chanted “We want the Boss. We want the Boss.’

Prime Minister Douglas also emphasised that the attempts of the democratically elected Labour-led Government in St. Kitts and Nevis to establish fair electoral boundaries in keeping with the requirements of the Constitution have at last been affirmed by the Eastern Caribbean Appeal Court as being very valid and responsible and just.

“And so I want to rejoice with the people of St. Kitts and Nevis at this time for this ruling,” he said in the statement carried on ZIZ Radio, Choice FM, Kyss FM and Freedom FM.

Prime Minister Douglas pointed out that it has been several years “we have been attempting to establish fair boundaries and roughly equal constituencies and every attempt we have made especially for the last ten years, have been frustrated.”

“I know that the Opposition is not going to accept defeat easily and so they are going to go to a higher court (Privy Council), which they have a right to do. I believe that the ruling of the higher court, the Privy Council will say that it is only right and just that we pursue these elections on fair boundaries,” said Prime Minister Douglas.

“I want to make it clear that tomorrow (Friday) we will have nominations for the elections on fair boundaries and so I want to again commend our legal team, I want to commend all of them for their tremendous work that they have done,” he said.

Dr. Douglas commended the Attorney General, the Hon. Jason Hamilton and other members of the Legal Team, “who as I said before was at the right place at the right time and was able to spearhead massive victories in our courts. I believe he has all of us know, we were doing the right thing.”

“I want to thank the Electoral Commission, and the chairman in particular, Mr. Peter Jenkins, for the outstanding work that has been done. And too, the Speaker of the National Assembly (Hon. Curtis Martin), for being very firm when it was absolutely clear that there was a period of wasting time in order to attempt again to frustrate the wishes of the people to have fair boundaries for these elections,” said the Prime Minister.

“We now move on of course to the bigger victory and that is to win a fifth term in the name of the people and for the betterment of St. Kitts and Nevis,” said Prime Minister Douglas, ahead of a national address later Thursday.

Opposition legislators had sought the court ruling as they continue to oppose the holding of the February 16 general elections on the new constituency boundaries.

But the three-judge Appeal Court following a hearing in St. Lucia on Wednesday discharged the interim injunction it had earlier granted. The Appeal Court ruling on Thursday thus paves the way for the February 16th General Election to be held on new boundaries recommended by the Constituency Boundaries Commission.