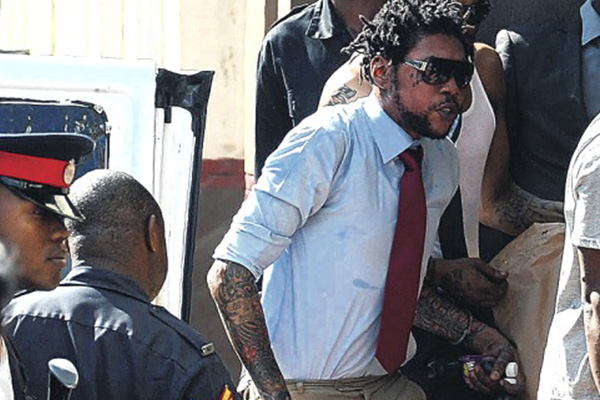 Jamaica– The behaviour of an alleged rogue juror yesterday threatened to affected the murder trial of entertainer Vybz Kartel and five other accused in the Home Circuit Court.

The juror, it was alleged, went to the offices of a defence attorney in the case over the Christmas holidays, seeking audience with the lawyer. However, the lawyer did not entertain the juror, it was further alleged.

The matter was reportedly brought to the presiding judge, Justice Lennox Campbell, and a matter discussed in his chambers in a meeting that included attorneys for the Crown and the defendants in the matter.

It was not clear last night if the matter would affect the murder trial that started in the Home Circuit Court last November.

Meanwhile, the court yesterday continued to hear arguments in the voir dire (trial within a trial), which is to determine whether certain evidence should be heard by the jurors, who are due back in court today.