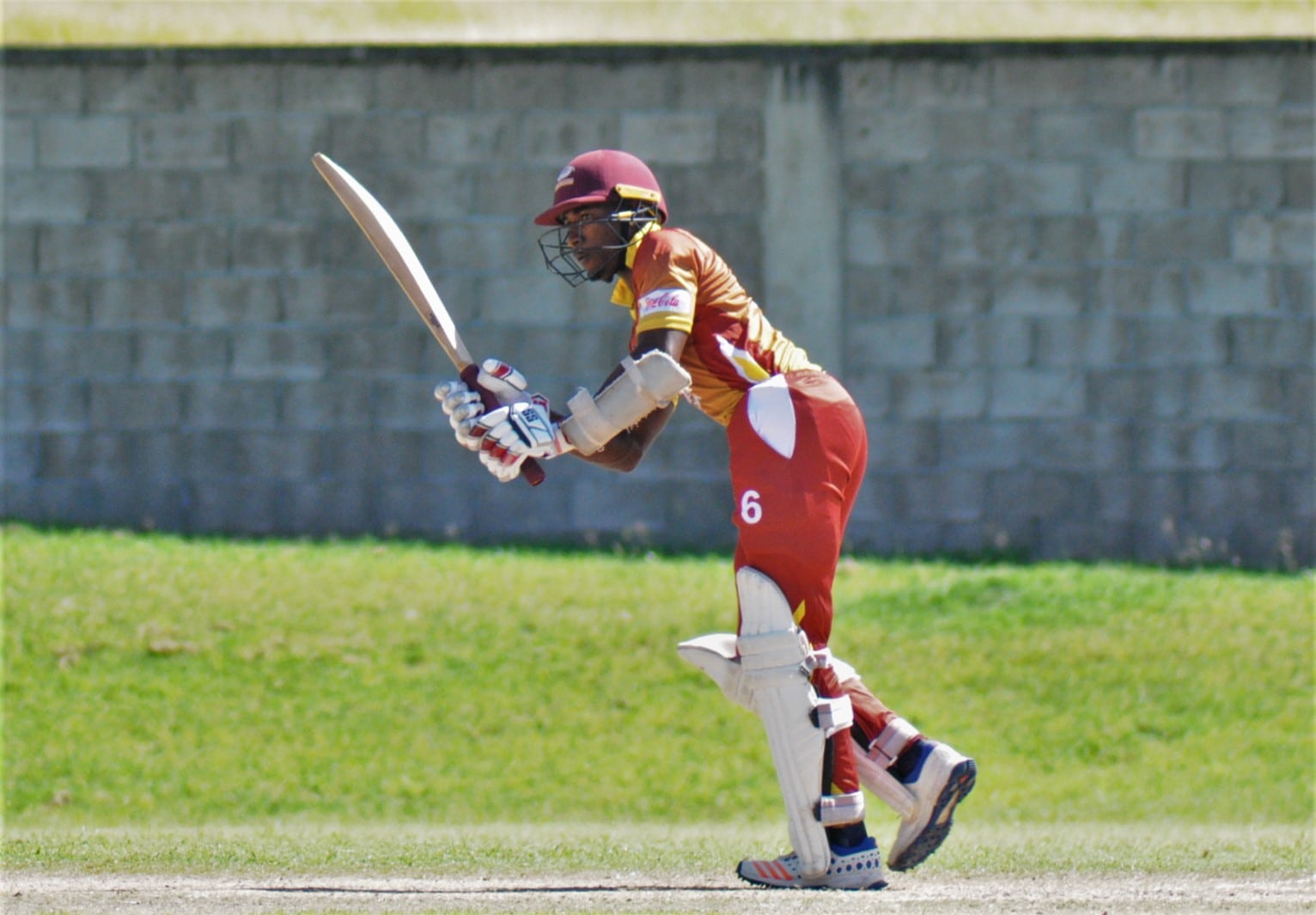 Keeth Arthurton T20 bowls off with EPIC one run victory

Basseterre, St. Kitts, February 25, 2020 (SKCA Media): A nail-biting encounter between the Molineaux/Cayon Cricket Club and Lions got the Keeth Arthurton T20 off to an epic start this past weekend.

The competition bowled off on Sunday at the Conaree Cricket Center with defending champions Molineaux/Cayon recording a narrow one run win that was decided by the last ball of the game.

Molineaux/Cayon batted first and after some early troubles were able to fire their way to 171 for 4 from their 20 over on the back of 65 from 42 balls from Jaeel Clarke who shared a 103-run partnership with Xavier Saunders who stroked a run a ball 38.

Some hitting late on in the innings from Jacques Taylor who cracked 38 from 19 balls pushed his side to competitive total of 171.

In response Lions got off to a fast start taking 18 off the first over before finding themselves 30-0 off 3 overs. The Molineaux/Cayon spin pair of Taylor and Tristan Hanley fought back the advantage for their side limiting the Lions batsman though they did not get much wickets.

Needing 99 off the final 10 overs with nine wickets in hand Lions were in pole positions to set up an onslaught to climax their innings but it all nearly fall apart when Saeed Williams fell for 18.

His dismissal brought Tashaun Francis to the crease who smoked his first two balls over long on for sixes.  He went on to hit five more sixes and two fours as he hit 62 from 29 balls and kept his team in the hunt.

Needing 39 from 24 balls Francis smashed Hanley’s final over for 20, leaving his team needing 19 from 18 balls. A five run over left Lions needing 14 from the last two overs.  The penultimate over bowled by Miguel Smith conceded 10 runs setting up a final over where Lions sought just four runs and Francis not on strike.

Molineaux/Cayon captain Larry Audain took responsibility of bowling that over and bowled a dot ball to M Wallace with the first. The second ball saw Wallace getting a single to put Francis on strike who in turn go a single with the third ball. Needing 2 off 3 balls Wallace faced another dot before sacrificing himself in a run out after he struggled to find on the penultimate ball to get Francis on strike for the last ball.

With two runs needed off the last ball Francis swung across the line to a straight ball and was bowled handing a nail-biting victory to Molineaux/Cayon.

In the second game on Sunday Sandy Point crushed Haynes Smith by 51 runs.

Akeem Saunders top scored for Sandy Point with 41 as the posted 146 for 9 from their 20 overs.

Haynes Smith innings never got any momentum as they lost wickets at the top and limped their way to 106 all out.

St. Kitts and Nevis confirms another case of COVID-19: total number of confirmed…