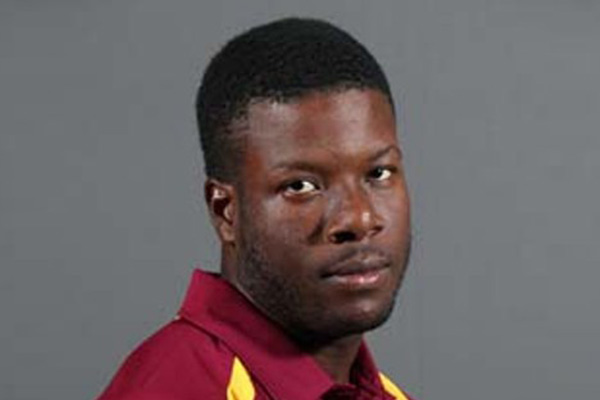 Bridgetown, Barbados — Former Barbados captain Kirk Edwards says he was shocked at the decision to expel him from the Barbados team for refusing to sign for match kits leading into the NAGICO Super50 tournament underway in Trinidad and Tobago.

Edwards, who travelled with the team to Trinidad, was withdrawn ahead of Barbados’s opening game with the host country on Sunday which they won by 28 runs.

Fingers are being pointed at the manager of the Barbados team Hartley Reid who the West Indies Players Association (WIPA) has criticised over his handling of the issue.

“I was never made aware that I have any behavioural problems. I just had a good report from the ‘A’ team, specifically the West Indies Cricket Board President and they all get good feedback on me and nobody ever said to me: ‘Well Kirk, we have a problem with your behaviour’…,” said the former Barbados captain.

“So it came over to me like a shock at first. But I’ve been through many things like this . . . so I said to myself things do happen, so get over it and move on”.

Edwards had reportedly refused to sign for the match kits on the grounds that they were substandard.

The Barbados Cricket Association (BCA) stipulates that players sign a document agreeing that the two match shirts and two match trousers must serve them for two years, and that the cost of replacement will be taken up by the player in the event of any damage or loss of items within the period.

WIPA president Wavell Hinds had criticised Reid for rejecting a request by the association to sign on behalf of Edwards.

“A champion is never defeated. I consider myself a champion and if something happens today, you got to get back on your bike and ride again,” said Edwards in an interview with Barbados Today after a two hour net session at Kensington Oval on Wednesday.

“You have to think about the next thing all the time – that is how I see it. I’m very grateful for the support I have been getting from the people … and I’m very excited to get back out there and represent them properly”.

Edwards, 29, a current West Indies Test and One-Day player, was replaced as the Barbados captain for both the NAGICO tournament and the forthcoming first-class four-day championship of which Barbados are the title holders.

Batting all-rounder Kevin Stoute is leading the side in the NAGICO tournament, while Test opener Kraigg Brathwaite will be at the helm for the four-day championship, which is slated to start February 28.