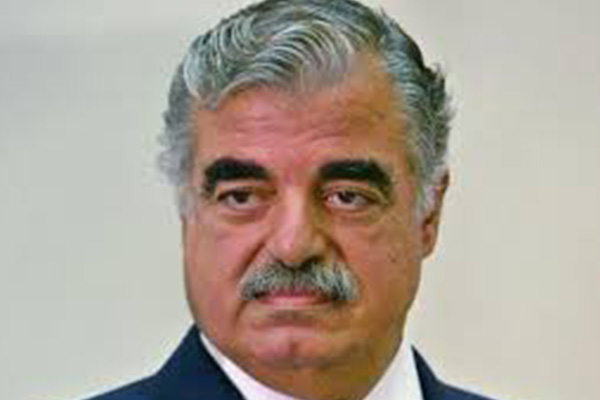 (CNN) — Nine years after the assassination of former Lebanese Prime Minister Rafik Hariri, the trial of four men accused of his killing opened Thursday in an unprecedented tribunal.

However, the stand at the United Nations-backed Special Tribunal for Lebanon in The Hague was empty, with the suspects, alleged associates of the Shiite militant group Hezbollah, still on the run.

Billionaire statesman Hariri was killed in February 2005 when a bomb struck his motorcade in Beirut.

The blast ripped apart his armored car and destroyed the motorcade, killing 21 other people and wounding more than 200 others.

The killing, a seismic event in Lebanese history, fueling the sectarian divisions between Sunni and Shiite Muslims in the Mediterranean country, led to the withdrawal of Syrian troops.

Trial Chamber Presiding Judge David Re opened the trial, presenting the indictments against the accused. Thursday’s hearing will also include the prosecution opening statements, expected to continue until Friday, according to the official Twitter account of the Special Tribunal for Lebanon.

“This is a historic day for the Special Tribunal for Lebanon as it marks the transition from complex and difficult investigations to the new phase of trial,” said Marten Youssef, a spokesman for the tribunal.

The explosion took place near city offices and a number of banks.

Hermel is in the northern Bekaa Valley near the Syrian border and is known as a Hezbollah stronghold.

NNA said a suicide bomber had blown up his car, and the army said expert teams were investigating the site.

“Army units in the region deployed and cordoned off the area, and a unit of the military police and a number of specialized experts came to the scene to investigate the site … and remains found next to the car to specify the nature of the blast,” the military said in a prepared statement.

Thursday’s bombing was the latest in a wave of attacks to hit Lebanon in recent months as the civil war in Syria increasingly spills over into its smaller Mediterranean neighbor.

Hermel has been targeted before with missiles launched from Syria, where Hezbollah has sent fighters and military advisers.