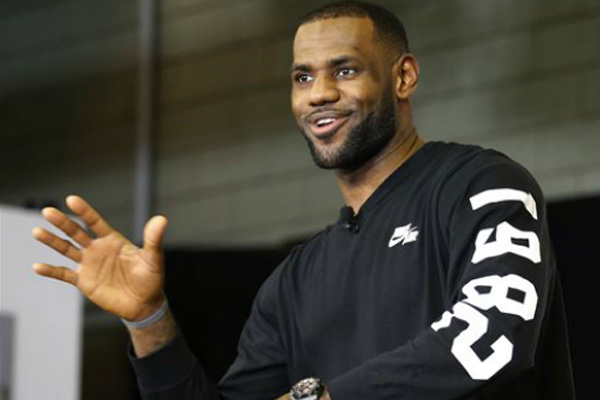 Miami (AP) — LeBron James says there are universities recruiting his 10-year-old son, and the superstar isn’t happy about it.

James told a Detroit radio station this week that his son, LeBron Jr., has already received scholarship offers. James did not specify which schools have contacted the youngster, but feels any such courtship “should be a violation. You shouldn’t be recruiting 10-year-old kids.”

James has been through the recruiting frenzy before. At Akron St Vincent-St Mary High School, James was the most sought-after high-schooler in the country. He bypassed college and went straight to the pros as an 18-year-old.

James is highly protective of his three children, and he intends to let LeBron Jr enjoy his childhood.

On Wednesday, before the Cavaliers hosted Golden State, James said his oldest son loves to play basketball, video games, and doing his homework. James says: “Let him be a kid.”