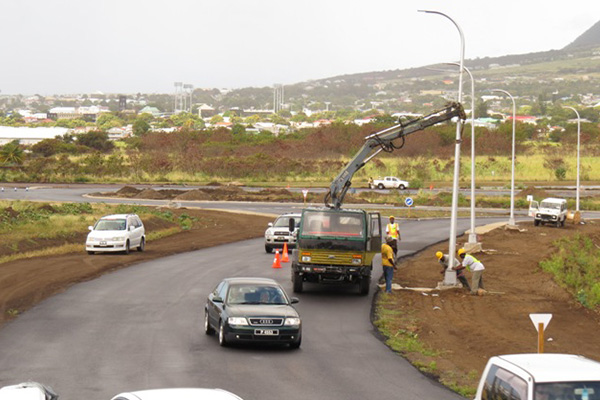 Basseterre, St. Kitts (SKNIS): A project to replace all street lights in the federation with energy-saving Light Emitting Diode (LED) bulbs is expanding as scheduled.

Permanent Secretary in the Ministry of Energy and Public Utilities, Lenrick Lake says, however that this project is intended to benefit more than energy consumption costs.

“We’re trying to make the whole island main road fully lit”, said Lake. “This means installing lights at all of the dark spots. So it’s not just about energy. It’s about safety as well. We’re hoping to make it safer for motorists as well as pedestrians.”

Lake also said that this project is expected to reduce the nation’s overall energy consumption by 66 percent as the LED bulbs use a third of the energy of the current incandescent bulbs. The new bulbs also have a lifespan of 3-5 years while the current ones last about six months to a year.

This reduction in fuel consumption, he says, will ultimately be reflected in household energy bills. “If we burn less fuel nationally, then this should eventually result in a reduction in the surcharge that you see on your light bills.”

The five-year plan will replace a total of 5,000 street lamps (1000 per year). Installation for this year’s bulbs is expected to be completed by the end of November.

Already, bulbs have been replaced along the Kim Collins Highway and along the Frigate Bay main road, and are now continuing from the Bird Rock roundabout to the Newtown Playing Field.