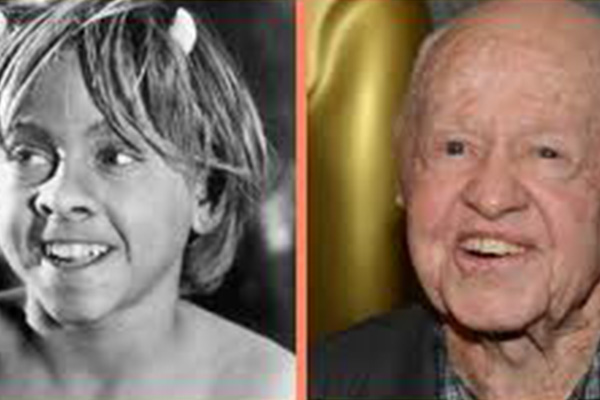 (CNN) — Actor Mickey Rooney, one of Hollywood’s brightest stars in the 1930s and 1940s, died Sunday in California, the Los Angeles County Coroner’s office said. He was 93.

The diminutive 5-foot, 2-inch Rooney began his acting career shortly after his first birthday, appearing on vaudeville stages with his parents. He was born Joseph Yule, Jr. on Sept. 23, 1920 in Brooklyn, New York.

He became a star in the 1920s when he began appearing in dozens of shorts based on the popular “Mickey McGuire” comic strip, but he shot into Hollywood’s stratosphere in his next film series, starting in more than a dozen “Andy Hardy” films between 1937 and 1946.

Rooney also starred as half of one of the most famous screen partnerships in film history, teaming with actress Judy Garland in a number of the “Andy Hardy” films. He also starred with her in several Busby Berkeley musicals, including 1940’s “Strike up the Band” and “Babes on Broadway” a year later.

He earned an Oscar nomination for his role in the World War II film “The Bold and the Brave” in 1956.

Rooney’s personal life generated almost as much talk as his film career. He walked down the aisle eight times. His first wife was starlet Ava Gardner.