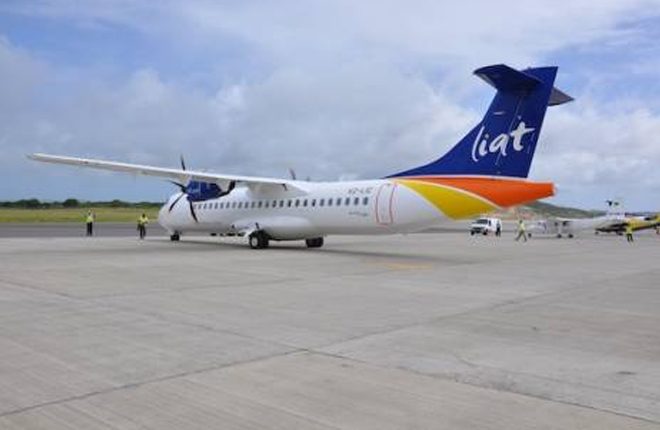 The Prime Minister said there will be a meeting of all shareholders shortly to discuss collapsing LIAT.

A new entity will be formed.

“COVID would have actually, let’s say increased the losses exponentially, so whereas in all of 2019 LIAT made a loss of about EC$12 million, that was within the means of the shareholder governments to subsidize,” Browne said on local radio in Antigua.

“You would have found that since COVID, the planes have been grounded, they have to pay the lease payments and they are not getting any revenue.

The Antigua and Barbuda leader says he cannot see the region moving forward without a form of connectivity and you cannot have an integration movement if people cannot connect.

Browne said the new entity will require full cooperation with a mixture of public and private capital.

“What I’m hoping that we do not have going forward with the new entity, is any squabble over the location of the headquarters,” Browne said.

“At the end of the day, the only service that Antigua and Barbuda has enjoyed … within CARICOM is LIAT and this has been the case for several decades.

“So I just hope that we are not going to have countries within the region opportunistically fighting us to get the headquarters in their country to displace Antigua and Barbuda,” added Browne.

Leeward Island Air Transport was established in 1956 on the island of Montserrat. In 1971 Court Line Aviation of the UK acquired control and renamed the airline LIAT. Ownership of the airline was acquired by 11 Caribbean Governments in 1974 and it was renamed LIAT (1974) Ltd.

Formation of new entity must be swift

Meanwhile, Prime Minister Browne said the formation of the new entity must be done swiftly.

“Back in 1974 when LIAT was collapsed, my understanding  is that it took a day to start the the operation of a new entity,” he said.

“It may be a little more difficult to get it done within 24 hours  and I do understand that there are a number of stakeholders that we have to satisfy, especially creditors and I believe that we could do a work out with the various creditors and to literally get some arrangement in which they can accept that we are not conveniently closing LIAT 1974 Ltd. The governments cannot go any further with it.

“And these creditors, including the staff of LIAT, have to understand that there will have to be some level of cooperation to include possibly some cuts on their liabilities in order to facilitate the creation of a new, viable and sustainable entity,” Browne said.

Not enough assets to satisfy all creditors

The Prime Minister made the point that LIAT does not have sufficient assets to satisfy the requirements or claims of most of its creditors, including the airline’s employees.

“LIAT only owns three planes and those planes are charged to the Caribbean Development Bank, so clearly they have a superior claim and after they would have covered their claim there will be hardly any assets available to liquidate severance and other liabilities to staff and other creditors, so there has to be a negotiated position,” Browne said.

“The governments won’t be bandits and just walk away from the staff, they will have to pay some form of compassionate payments to assist them. But they have to understand that they are legally vulnerable and that they have to look at the bigger picture and to cooperate, not to become litigious and to prevent the creation of a new LIAT.”

‘We should not run away from the name LIAT’

Browne is already making it clear that he would want the new entity to retain LIAT in its name.

“We should not be running away from the name LIAT,” he said.

“And that is why you need this level of creditor cooperation in order to ensure that we can form a new entity,” Browne said.

Meanwhile, the Prime Minister said the new airline will be much leaner that the current LIAT, which employs hundreds throughout the region.

“Let’s face it, it’s going to be a right-sized entity. You are going to have significant job losses, there’s no doubt about it. Hundreds of people are going to lose their work, it is inescapable” Browne said.

“But if you are going to have a new entity that is scaled down, that is viable, that is efficient, that can meet the connectivity needs of the Caribbean people, then clearly that has to be the option that we pursue.”

In 1957 the airline extended its route structure to include St Eustatius, St Maarten and St Kitts. It also added one six-seater Beechcraft Twin Bonanza to its fleet.