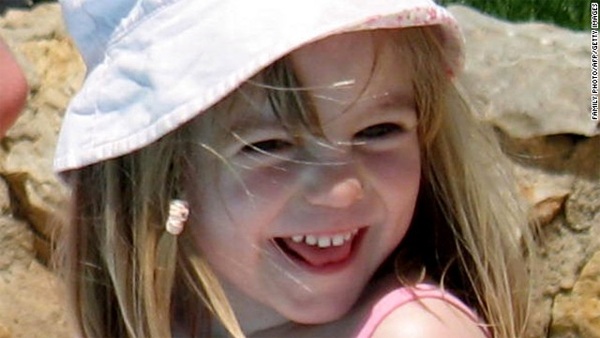 (CNN) — Police investigating the disappearance of Madeleine McCann are looking for a man who assaulted five other young British girls on vacation in Portugal, London’s Metropolitan Police said Wednesday.

Madeleine was 3 when she disappeared while she was on vacation in the Portuguese resort town of Praia da Luz with her family in June 2007. Her disappearance prompted headlines worldwide.

Officers are investigating 12 potentially linked crimes at resorts near where the toddler vanished.

The man, whom witnesses describe as being tanned with short, dark, unkempt hair, is suspected of breaking in to 12 vacation homes where British families were staying in the Algarve between 2004 and 2010.

In four of the incidents, girls between 7 and 10 years of age were sexually assaulted in their beds.

On one of these occasions, he assaulted two girls in the same villa, police said. These attacks happened between 2004 and 2006.

“Whilst not identical, there are many similar aspects to each of the incidents in that in most cases there were no signs of forced entry to the property, nothing was taken, and the intruder appeared in the early hours of the morning,” between 2 and 5 a.m., police said in a statement.

“The suspect may have been in the villa or looking round the villa for some time before committing the offenses or being disturbed either by a parent coming in, or the child waking up. He remained calm, even when disturbed.”

Of the 12 offenses, there were four in Carvoeiro, six in the Vale da Parra, Praia da Gale district, and two in Praia da Luz. On two occasions, the noise of a bin collection lorry could be heard nearby.

The man is said to have spoken in English with a foreign accent, and his voice was described as slow, or possibly slurred.

Last October, new police sketches were released of potential suspects in the case, and UK police appeared in a television appeal for information.

The program prompted a flurry of tips, and police in Portugal announced they would reopen the case. Since then, the Portuguese investigation has run in parallel with the British one.

Detectives have previously said they were investigating a spike in break-ins in the area in the weeks before Madeleine disappeared, two of them in the same block where her family was staying.

Mystery has surrounded Madeleine’s disappearance for the past six years. Neither her parents, Kate and Gerry McCann, nor the detectives investigating her case have given up on one day finding the little girl from Leicestershire, England.