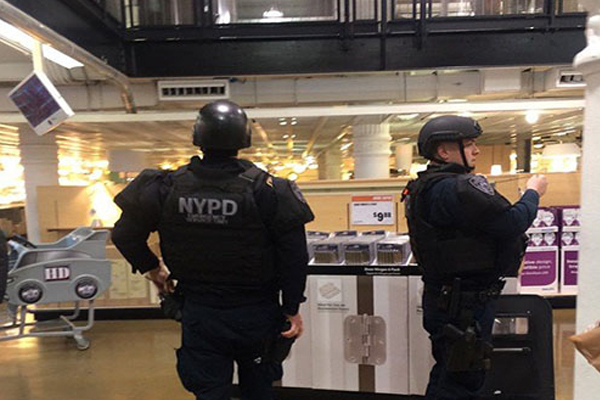 Man kills co-worker, then himself at NYC Home Depot

New York, United States (AP) — Police say an employee at a Home Depot store in Manhattan argued with a co-worker before fatally shooting him and then killing himself.

It happened around 2:45 p.m. Sunday in the posh Chelsea neighborhood. NYPD Capt. Steven Wren said the employee came into the store and exchanged words with another man before pulling out a gun and shooting him multiple times.

The shooter then shot himself in the head. It was unclear what the argument between the men was about. A gun was recovered at the scene.

Police said the victim was a 38-year-old man. The shooter was 31. No identifications were released.

Wren said about 70 employees were in the store, but no one else was injured.