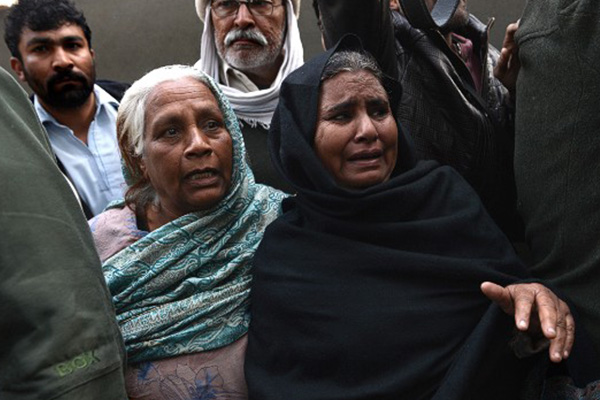 Islamabad, Pakistan (CNN) — At least 13 people were killed and 28 others were wounded in a suicide bombing Monday at a market near the Pakistani Army’s headquarters, police said.

Those killed in the attack at the Royal Artillery Bazaar include civilians, security personnel and at least one child, Rawalpindi police official Muhammad Maqbool told CNN.

The Royal Artillery Bazaar is in a highly sensitive military area close to the general headquarters of the Pakistani Army in Rawalpindi, a city that neighbors the Pakistani capital of Islamabad.

Police said that attack took place at 7:50 a.m., during a busy period for people traveling to offices and schools.

The Pakistani Taliban claimed responsibility for the attack through their spokesman Shahidullah Shahid.school after teen hero

It comes the day after an explosion at an army checkpoint in the northern city of Bannu killed more than 20 people and wounded dozens more.

That blast was also claimed by the Pakistani Taliban, who said it was to avenge the killing of one of their commanders in a U.S. drone strike last year.

Pakistani Prime Minister Nawaz Sharif condemned the Bannu attack and said he was canceling a planned trip to Davos, Switzerland, where the World Economic Forum takes place this week.