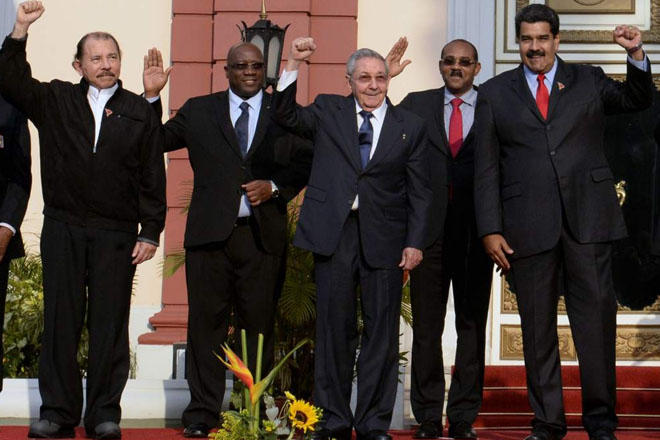 Randolph, USA — A town councilor for Randolph in Massachusetts has commended the reasonable approach taken by the newly elected prime minister of St Kitts and Nevis Dr Timothy Harris to the ongoing dispute between the United States and Venezuela.

Councilman Kenrick W Clifton stated, “I commend the mature and statesman-like approach of the new prime minister of St Kitts and Nevis, Dr Timothy Harris, who in recent comments, called for reconciliation and diplomacy. While acknowledging Venezuela’s friendship, Prime Minister Harris in recognizing the historical ties with the United States, the importance of tourism, trade relations and the fact that the US has been the home to hundreds of thousands of nationals of St Kitts and Nevis and the rest of the Caribbean, was astute in calling for dialogue, peaceful co-existence and a more balanced approach to conflict resolution.”

US President Barack Obama recently signed an executive order declaring Venezuela a threat to US national security and imposed sanctions on individual Venezuelan officials who violated their citizens’ human rights, committed acts of violence, persecuted political opponents, undermined democratic institutions and engaged in public corruption. These officials are not allowed to enter the US and their assets have been frozen.

On March 17, 2015, the member nations of the Bolivarian Alliance for the Peoples of Our Americas (ALBA) regional integration bloc held an extraordinary summit on Tuesday in Caracas in support of Venezuela amidst US sanctions.

Along with Harris, Antigua and Barbuda Prime Minister Gaston Browne also adopted a more reasoned approach, proposing that a small group be appointed to act as honest brokers in establishing a framework for dialogue between representatives of the governments of Venezuela and the United States with a view to improving relations between them.

“Prime Minister Harris’ judicious approach contrasts dramatically with the more boisterous rhetoric of Prime Ministers Skerrit of Dominica and Gonsalves of St Vincent who impulsively lambasted and chastised the Obama administration. Presumably, in the ideological minds of Skerrit and Gonsalves, national sovereignty should not apply to the United States and Americans should not have the right of self-determination over their own security and financial system,” Clifton continued

Clifton went on to criticise Skerrit and Gonsalves, who were previously very reluctant to express disdain and opposition to the actions of former St Kitts and Nevis Prime Minister Dr Denzil Douglas and his handling of the two-year-old motion of no confidence, which he essentially refused to have debated.

Clifton has the distinction of being the only St Kitts-Nevis national to be elected to the legislative branch of a municipal government in the United States. He also made history when he became the first person of colour to be elected town councillor in the town of Randolph in Massachusetts.