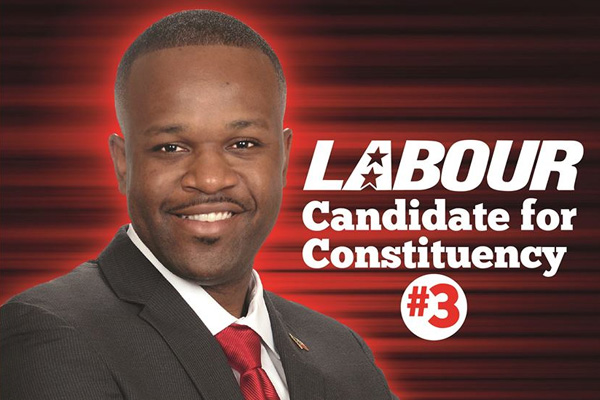 (ZIZ News) — Konris Maynard of the St. Kitts-Nevis Labour Party has described the changes to his constituency as “bitter sweet.”

The Constituency Three Candidate, who has done considerable work in that area, said in an interview on Tuesday that he decided it is important to pay attention to the residents of West Farm, Palmetto Point and Boyd’s as they have been neglected by the current representative.

“We then went on a mission to do a number of things in that community, whether it is fix the points community centre, get the Boyd’s Playfield underway, building a sidewalk for the young people and people to have somewhere to walk and not in the middle of the street, scholarships for the students of the Bronte Welsh Primary School and so, we have done quite a bit in the area, that is in the Boyd’s, West Farm, Points Area,” he said.

Maynard said despite the changes and work done by his team, he will continue to work in the best interest of residents of Constituency Three and its surroundings.

“The bitter part is saying goodbye to the folks, but it’s not really a goodbye. I have committed to work very hard along with Hon. Glenn “Ghost” Phillip to ensure that wherever I can help and wherever our team can help, we will continue to support the people of Boyd’s, West Farm and (Palmetto) Points. I opened a constituency office there because I was serious about representation and that had never happened ever and so, Mr. Phillip just has to move in,” he said.