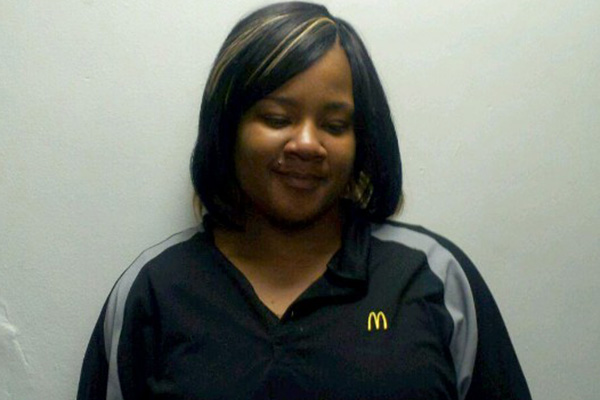 (CNN) — A McDonald’s employee in Pittsburgh was arrested Wednesday after undercover police officers said they discovered her selling heroin in Happy Meal boxes, according to a criminal complaint.

Shantia Dennis, 26, was arrested after undercover law enforcement officials conducted a drug buy, according to a statement from Mike Manko, communications director for the Allegheny County District Attorney’s Office.

Customers looking for heroin were instructed to go through the drive-through and say, “I’d like to order a toy.” The customer would then be told to proceed to the first window, where they would be handed a Happy Meal box containing heroin, Manko said.

During the drug buy, the undercover officers recovered 10 stamp bags of heroin inside of a Happy Meal box, according to the statement.

Officers immediately arrested Dennis and recovered an additional 50 bags of heroin, as well as a small amount of marijuana, according to the complaint.

The sales of heroin do not appear to be related to the potentially lethal batches of heroin being sold in Western Pennsylvania, according to the statement.

Attorney information for Dennis was not immediately available Wednesday.