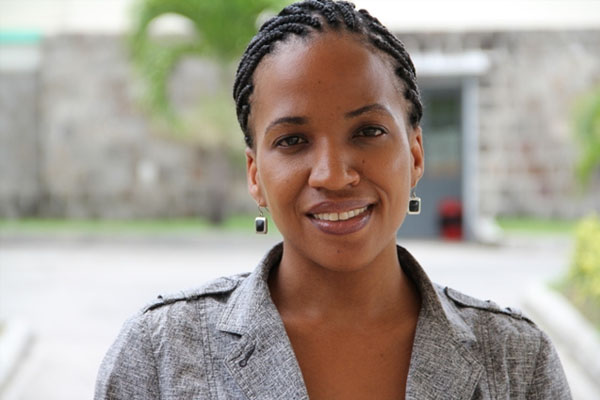 Mental Health Disorder should not be taken for granted, says Nevis Health Official

NIA Charlestown Nevis — Mental health disorders cannot be taken for granted. That was the view expressed recently by Nicole Slack-Liburd, Permanent Secretary in the Ministry of Health in the Nevis Island Administration (NIA).

The comment came while the Nevis Health Official delivered remarks at a recent ceremony at the Alexandra Hospital’s conference room, to mark the start of a six-month training and certification exercise for the treatment of mental neurological and substance abuse disorders. It was hosted by the Ministry of Health for 35 professionals in Nevis.

“We must remain cognisant of the internationally-accepted definition of health as coined by the World Health Organisation which is ‘Health is a state of complete physical, mental and social wellbeing and not merely the absence of disease and infirmity.’

“Mental health disorders cannot be taken for granted, cannot be given less attention than diseases such as diabetes and hypertension. These are conditions that anyone of us can acquire at any time in our lives due to various stresses,” she said.

Slack-Liburd noted that the NIA’s Ministry of Health through its Mental Health Unit also treated those who suffered from mental health illnesses related to substance abuse.

“As Permanent Secretary in the Ministry of Health, I reiterate the ministry’s mandate to treat persons in the population who have illnesses related to substance abuse.

“This mandate is upheld by the Mental Health Unit which manages approximately 500 persons who are recorded on the Mental Health Register, many of whom have illnesses related to the use of drugs and alcohol such as bipolar disorder, schizophrenia, anxiety and depression,” she said.

Meantime, Slack-Liburd said the Ministry of Health on Nevis continued to play its part in the investment of human resources for health on Nevis.

“We continue to play our part in the investment in human resources for health and will soon expand on existing services with a newly-trained Mental Health Nurse as well as the addition of a full time psychiatrist.

“We will also commence [a] training initiative with yet another partner organisation – the Pan American Health Organisation entitled MH Gap, where a multi-disciplinary team will be trained on the development of strategies for identification and the care of persons with mental neurological and substance abuse disorders, including alcohol and drug abuse disorders, Psychosis, depression etc.,” she said.

However, the Permanent Secretary in the Ministry of Health explained that the onus to treat the mentally ill should not be solely that of health care workers and noted that by the end of the training workshop other professionals would be better equipped to assist.

“It is not only the job of the health care professionals who work in this unit and those in the Health Care System in general however, to be involved in the treatment of substance abuse disorders but officers in other sectors as well, including education and social services.

“At the conclusion of this treatment course, as well as the prevention training course which is also slated to take place simultaneously, these professionals would be better equipped to provide care to persons with drug abuse or dependents as well as their families and sub-populations including women and juveniles and the population as a whole,” she said.

Slack-Liburd also used the opportunity to give greater insight into the training and certification exercise which she noted would guarantee standardised quality of care throughout the region and the Americas.

“The training is an initiative of the Inter-American Drug Abuse Control Commission (CICAD) and seeks to strengthen human and institutional capacity in the area of drug traffic, use and production and to address the social and criminal consequences of the drug trade…

The Nevis Health Official stated that it was understood in St. Kitts and Nevis that human resource was the most valuable resource in a country and noted that the six-month programme addressed key aspects of addiction training, some of which included models and theories of addiction, the effects of addiction on health and society, the importance of culturally relevant services, familiarisation which established code of ethics, communication strategies, understanding the interdisciplinary approach to addiction treatment among others.

However, the interdisciplinary approach Slack-Liburd added was the method used in the Federation as it related to drug issues and as such the training would enhance the service offered and the Ministry of Health welcomed the partnership.

“The latter stated aspect is the approach we have taken here in St. Kitts and Nevis, as it relates to drug issues with the establishment of an Interdisciplinary Drug Council, comprised of public and private sector representatives, who work on drug related matters throughout the year. This training and other initiatives, simply build upon this existing strategy.

“The Ministry of Health welcomes this partnership with Inter-American Drug Abuse Control Commission(CICAD),” she said.

In 2006, the CICAD, under the Secretary for Multidimensional Security (SMS) of the Organization of American States (OAS), designed a programme to develop and strengthen member state’s institutions, policies and strategies regarding treatment and rehabilitation for individuals with problems which stemmed from drug abuse and violence.

The Training and Certification Program for Drug and Violence Prevention, Treatment, and Rehabilitation was introduced in Central America beginning in 2007, 19 countries of the Latin American Federation of Therapeutic Communities (FLACT) in 2008, Mexico in 2010 and the Caribbean in 2011.

PROCCER created a Training and Certification Model that could be implemented throughout the hemisphere in response to the need for trained prevention and treatment service providers who worked in violence and drug addiction.

The Model may be adapted to meet country-specific needs and capacity to better ensure the institutionalisation and sustainability of the programme benefits – a professionalised workforce which would provide optimised standards of care in drug treatment and prevention services.