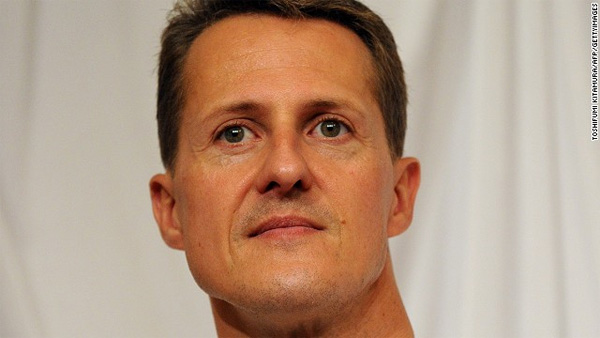 Michael Schumacher out of coma and transferred to rehab

(CNN) — Former F1 driver Michael Schumacher is no longer in a coma and has been transferred from a hospital in Grenoble, France, where he had been admitted after a skiing accident last year, his management said in a statement Monday.

“Michael has left … to continue his long phase of rehabilitation,” according to his manager Sabine Kehm.

He will continue his recovery at the University hospital in Lausanne, Switzerland. Officials there confirmed that Schumacher was admitted, but gave no further details about his treatment.

Schumacher, 45, suffered severe head trauma in a skiing accident at the French Alps resort of Meribel on December 29.

A seven-time world champion whose F1 career ended in 2012, Schumacher has been treated in Grenoble since his accident.

In early January, a French prosecutor investigating the accident said that speed was not a reason for Schumacher’s fall.

His investigative team said it thinks the experienced skier hit a rock hidden beneath the snow while traversing an area between two marked pistes, which catapulted him face first onto another rock.

Schumacher ended up 9 meters (30 feet) from the edge of the piste, prosecutor Patrick Quincy said.

Footage from a small camera attached to Schumacher’s helmet has been used to help the investigators’ analysis.

As in previous statements, Schumacher’s agent asked the media to respect the privacy of the F1 legend’s family.

“The family also wishes to thank all the people who have sent Michael all the many good wishes,” Kehm said. “We are sure it helped him. For the future we ask for understanding that his further rehabilitation will take place away from the public eye.”