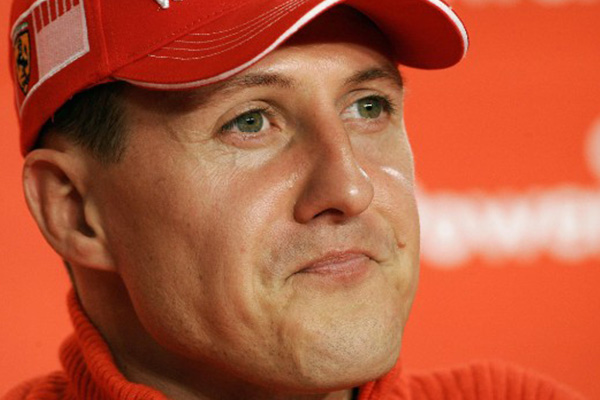 (CNN) — He has been in a medically induced coma for over three months, but former Formula One world champion Michael Schumacher has shown “moments of consciousness and awakening,” his agent said Friday.

Schumacher, 45, suffered severe head trauma in a skiing accident at the French Alps resort of Meribel on December 29.

“Michael is making progress on his way,” said Kehm. “He shows moments of consciousness and awakening.

“We are on his side during his long and difficult fight, together with the team of the hospital in Grenoble, and we keep remaining confident.”

A seven-time world champion whose F1 career ended in 2012, Schumacher has been treated in Grenoble, France, since his accident.

“As time goes on, it becomes less and less likely that Michael will emerge to any significant extent,” he said in a March 24 blog post.

The “longer one remains in a vegetative state, the less the likelihood of emerging, and the higher the chances of severe ramifications if the patient does in fact emerge.

“Most definitions consider the vegetative state to be permanent one year after the injury.

“Patients who are in a persistent/permanent vegetative state have lifespans that are measured in months to a few years.

“This depends on baseline function (extraordinary in the case of Michael, of course), the quality of nursing care, and other imponderables. They usually die of respiratory or urinary infections. Longer survivals have been described, but are exceptional.”

In early January, a French prosecutor investigating the accident said that speed was not a reason for Schumacher’s fall.

His investigative team says it thinks the experienced skier hit a rock hidden beneath the snow while traversing an area between two marked pistes, which catapulted him face first onto another rock.

Schumacher ended up 9 meters (30 feet) from the edge of the piste, prosecutor Patrick Quincy said.

Footage from a small camera attached to Schumacher’s helmet has been used to help the investigators’ analysis.

As in Kehm’s previous statements, Schumacher’s agent asked the media to respect the privacy of the F1 legend’s family.

“We would like to thank you all for the continuous sympathies,” Kehm said. “At the same time, we again ask for understanding that we do not intend to disclose details.

“This is necessary to protect the privacy of Michael and his family, and to enable the medical team to work in full calmness.”