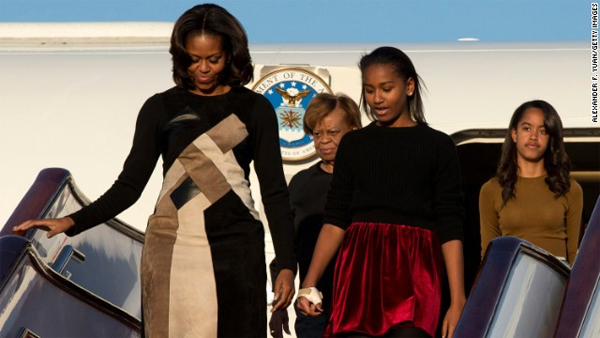 (CNN) — First lady Michelle Obama is in China for an official visit to expand Sino-American relations, but she will refrain from talking about political differences.

Mrs. Obama, who flew Wednesday from Washington, D.C., is making a week-long trip to three Chinese cities and will speak with children at several schools about the importance of education and youth empowerment.

“That’s critically important, given the roles that our two countries are going to play in the 21st century, that we maintain the very regular contacts that we have at the leader-to-leader level, but that we’re also reaching out and building relationships with people, particularly young people.”

President Barack Obama is expected to meet with Chinese President Xi Jinping next week during the Nuclear Security Summit at The Hague. White House officials told reporters on a conference call that issues on which the U.S. and China differ, such as human rights and trade, will be discussed directly between the two leaders and other representatives of the governments.

Mrs. Obama plans to visit the cities of Beijing and Chengdu, where she will speak to students and discuss cultural exchanges and the benefits of studying abroad. China is the fifth most popular country for American students studying abroad, and more students from China study in the United States than from any other country.

Beyond her message on education, Mrs. Obama will join Madame Peng in a tour of the Forbidden City and the Great Wall. Mrs. Obama will then travel to Xi’an to see the Terra Cotta Warriors. In Chengdu, she will tour the Chengdu Panda Base, which houses approximately 50 pandas.

The first lady will be accompanied by her mother, Marian Robinson, and her daughters, Malia and Sasha, something that White House officials believe will resonate with the Chinese people.

“I think they understand the significance as well of family and of three generations of family traveling together, which I think the Chinese will appreciate, and will appreciate the ties and the bonds that the Obama family have with one another across generations,” said the first lady’s chief of staff, Tina Tchen.

“This is a great opportunity for the Obama family to experience that, and I think for the Chinese to see that as well in an American family.”