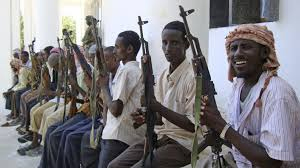 An explosion at the gate was followed by an exchange of gunfire between the fighters and security guards, said police officer Abdi Mohamed.

A U.N. representative said in a post on Twitter that the President told him by phone that he was unharmed.