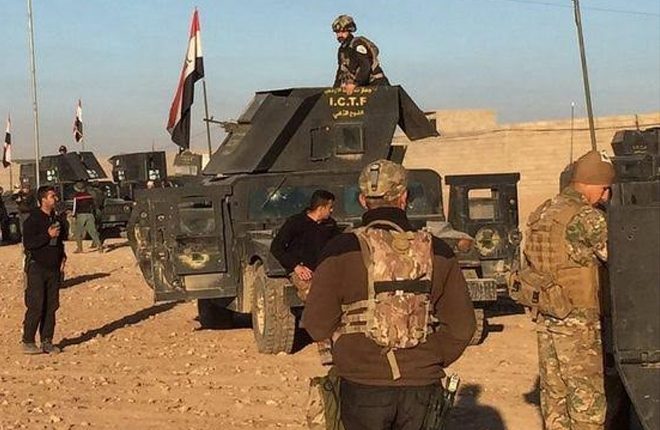 Iraqi government forces have battled their way into another suburb of Mosul, the northern city held for more two years by the Islamic State (IS) group.

Troops broke through IS defences and reached the eastern district of al-Zahra, which they say is now 90% under their control.

Special forces have been fighting the jihadis.