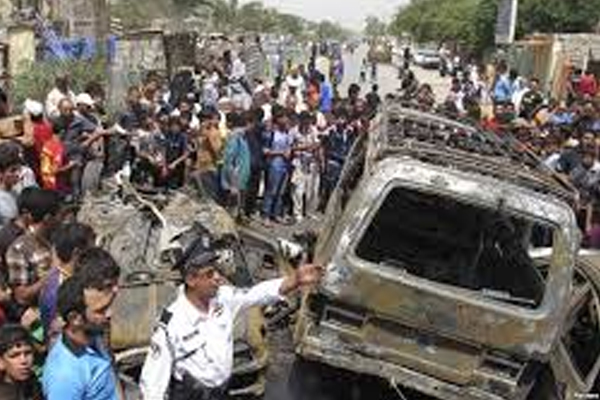 One bomb exploded near a mosque and two were placed near commercial markets.

All four bombs exploded within a two-hour period.

In Abu Dsheer, a neighborhood in the southern part of the city, a suicide car bomb exploded near a security checkpoint, killing 11 people and wounding 24 others.

Two people were killed in a bombing in al Bayaa, a southeastern district, when a suicide car bomb exploded near the Musa al Kadhim mosque.

In the al Jihad and al Kadhimya neighborhoods in the east and in the north, respectively, car bombs exploded near commercial markets.

On Saturday, Shiites are observing the death of Imam Ali, who is considered the fourth successor to the Prophet Mohammed.

Many Shiites will travel to Imam Ali’s shrine in Najaf to commemorate the day.

The line of succession following Mohammed is one of the core disagreements between Shiite and Sunni Muslims.