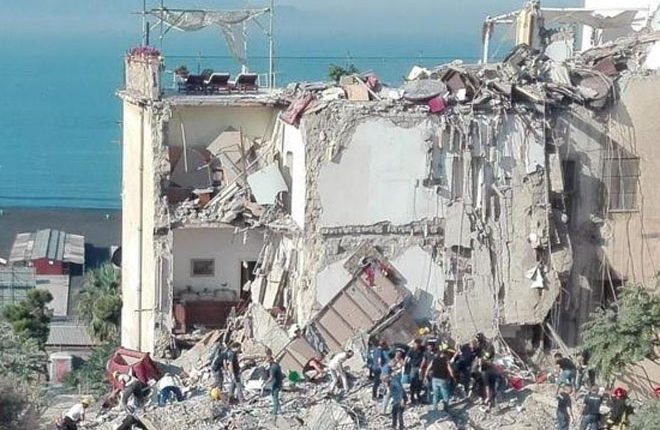 Rescuers in southern Italy are trying to find eight people missing after an apartment block collapsed in Naples.

Italian media say two families were living in the four-storey building that collapsed in Torre Annunziata district. Two children are among those missing.