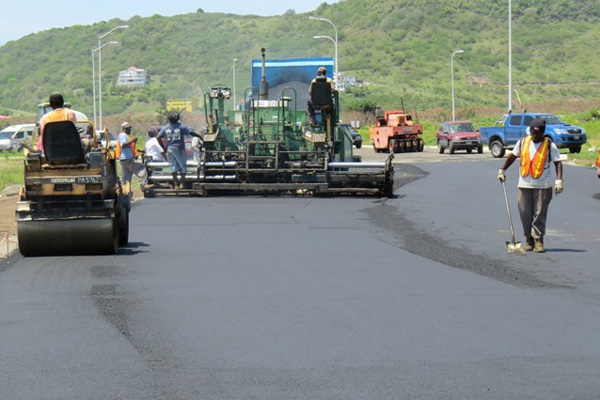 Nation will continue to benefit from the economic successes

Basseterre, St. Kitts (CUOPM) — Declaring that St. Kitts and Nevis is clearly delivering, the Federation’s Prime Minister, the Right Hon. Dr. Denzil L. Douglas said his Labour Party Administration will continue to ensure that the people of the nation benefits.

Speaking during his weekly radio call-in programme “Ask the Prime Minister,” on Tuesday, Dr. Douglas said his Government has worked so hard to achieve these objectives pointed out by Governor of the Eastern Caribbean Central Bank (ECCB), Sir K. Dwight Venner at last week’s National Consultation on the Economy.

“Of course, all governments try to increase the incomes of their people; reduce unemployment; eradicate poverty; advance their human development profiles; and maintain diversified competitive economies. The Governor of the Central Bank has concluded – and this is very important – that in our case, meeting these important targets would require economic growth of about 3 percent per annum. He noted further, that at a 3.8 percent growth rate in 2013, St. Kitts and Nevis has already surpassed the needed 3 percent and are expected to stay on this positive trend right up until 2017,” Prime Minister Douglas told listeners.

“We want Kittitians and Nevisians to be able to have greater employment options. We want small, medium and large businesses to be able spot and seize new opportunities. We want strong revenue streams with which to expand agriculture and strengthen the information- technology sector……to provide competitive educational facilities and programs and first-rate infrastructure and training to our law enforcement. It was all of this – and more –that motivated and energized us. With your support and cooperation, we have delivered. And with your support and cooperation, we shall continue to deliver,” said Dr. Douglas, who expressed appreciation to the people of the twin-island Federation.

“As Prime Minister and Minister of Finance, I wish to thank the Nation for the faith showed in this Government, as we put forward the various economic policies and programmes which we had so painstakingly developed in recent years. Policies which were designed precisely to bring us to this social and economic highpoint at which we all now – together – calmly stand,” said Dr. Douglas.

“Your cooperation was key. Your faith was the steel that sustained the extraordinary partnership between the Government and the people. And on behalf of my entire Cabinet, I thank you,” said Prime Minister Douglas.

He also referred to another point raised by the Central Bank Governor.

“The most important thing for us to remember is that the Governor of the Eastern Caribbean Central Bank has proclaimed the performance of the St. Kitts and Nevis economy to be ‘the bright spot’ in a region still affected by the global economic crisis. He described the performance of the St. Kitts and Nevis economy as ‘very encouraging’ and said that it is an example ‘of what is possible’ when there is sound, responsible, and competent decision making. when policies are responsibly formulated to provide the key adjustments as required to ensure the type of growth stimulus that economies need at particular points in time, .to ensure that there are social safety nets for the most vulnerable among us and to prepare those same people of gainful employment,” Prime Minister Douglas told listeners.

“The Governor also pointed out the positive impact that our Citizenship By Investment program has had on our economy. He noted that other nations within the region are now deciding to establish Citizenship by Investment programmes as well. And he expressed the hope these nations would be able to derive the same benefits from their programs as we have in St. Kitts and Nevis,” Dr. Douglas pointed out.