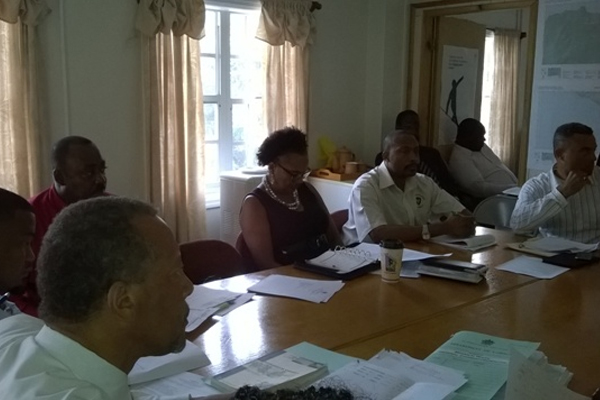 Basseterre, St. Kitts (CUOPM) — A 27-person National Advisory Committee on Minimum Wage has completed its task and has submitted an Executive Summary to Minister of Labour, the Hon. Patrice Nisbett.

Commissioner of Labour, Mr. Spencer Amory said a Final Report has been completed and will soon be submitted to Minister Nisbett.

He said the Labour Minister in accordance with the power vested in him under the Minimum Wage Act Chapter 18:19 commissioned a review of the minimum wage.

“The Honourable Minister tendered to the Stakeholders the justification for the review of the Minimum wage. The Minister indicated that a National Advisory Committee shall be established to review the minimum wage and indicated that the Cabinet expected said Minimum Wage Committee to commence it work and furnished its report by 31st August 2014,” said Mr. Amory.